Potential new approach to the treatment of multiple sclerosis 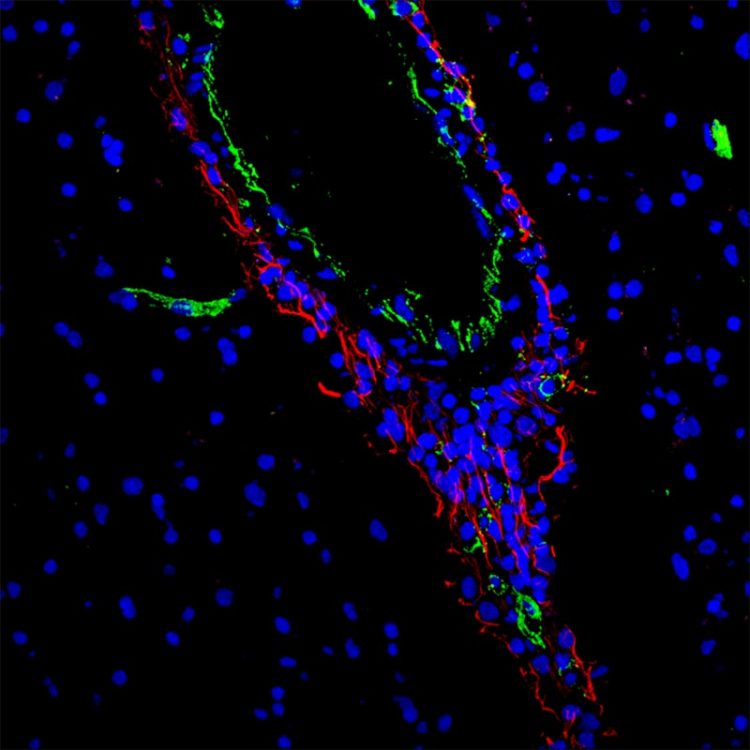 In model trials and experiments employing human endothelial cells, they discovered that the EGFL7 protein hinders the migration of immune cells into the central nervous system by stabilizing the blood-brain barrier. These findings have recently been published in Nature Communications.

The autoimmune disease multiple sclerosis (MS) is one of the most common disorders that cause disabilities in young adults in industrialized countries. In MS, the body's own immune system attacks the central nervous system (CNS).

Immune cells (T cells) cross the blood-brain barrier, i.e., the physiological barrier between the blood circulatory system and the CNS, enter the brain, and damage the protective covering of the nerve fibers, the myelin layer. This results in the degeneration and loss of function of nerve cells and leads to neurological disability-related symptoms.

The primary aim of MS research is to develop new treatments that will prevent this pathological process. Putting the EGFL7 protein at the focus of their research, the team led by Dr. Timo Uphaus and Professor Frauke Zipp of the Department of Neurology at the University Medical Center of Johannes Gutenberg University Mainz collaborated with Dr. Catherine Larochelle of the University of Montreal and Professor Mirko Schmidt and researchers of the German Cancer Consortium (DKTK).

They chose a completely innovative pathophysiological-based approach as EGFL7 had not previously been considered of relevance to MS research. However, it has been shown, for example in the case of breast cancer, that EGFL7 does have an influence on the migration of immune cells into tumor tissue.

Since the migration of immune cells into the brain plays a significant role in MS, the researchers decided to investigate this protein and whether it could also have an effect on the autoimmune disorder. Notably, on the basis of their results they were able to demonstrate a possible new approach to successfully treat MS.

The researchers discovered that CNS inflammation was accompanied by an increased release of EGFL7. Immune cells subsequently bind to EGFL7, in a sense being taken prisoner so that they are prevented from crossing into the CNS. EGFL7 is released by the endothelial cells of the blood-brain barrier and causes immune cells to be retained in the perivascular space.

In their model trials, the researchers next found that exposure to EGLF7 makes the blood-brain barrier less permeable. In the presence of this more effective barrier, the passage of immune cells into the CNS was reduced. This counteracted the corresponding pathological mechanisms and thus led to improvements in clinical symptoms.

Furthermore, the researchers were able to confirm their experimental findings in a human blood-brain barrier model, where there was also decreased migration of immune cells in isolated human endothelial cells. They now conclude that it might be possible in principle to take advantage of the way that EGFL7 inhibits the migration of immune cells into the CNS and enhances the impenetrability of the blood-brain barrier for the treatment of multiple sclerosis.