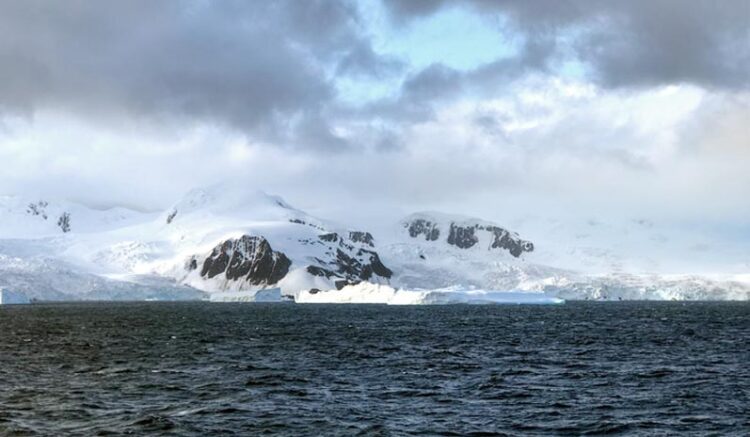 Elephant Island near Antarctica was one of Indah Ardiningsih’s research areas.
Photo: NIOZ

Large difference in role of iron between oceans near Greenland and Antarctica.

Though a lack of iron is a factor limiting algal growth in the oceans, more dissolved iron in the ocean East of Greenland due to the melting of the Greenland Ice Sheet does not lead to more algae there. Off the coast of Antarctica, on the other hand, algae do profit from more dissolved iron in the water as a consequence of melting ice. The cause of this difference is the fact that near Antarctica, organic molecules help keep the iron in solution, while near Greenland, they don’t, NIOZ researcher Indah Ardiningsih discovered.

Iron is an essential element for all living cells. In seawater, it is present at extremely low concentrations. “Marine algae, the base of the marine food web, living near the water surface, can be limited by iron shortage. This is a consequence of the fact that a large part of the iron particles that end up in the water from the air or from land form iron-oxide particles and sink down to the ocean floor, where they are thus lost for marine life.”

More iron, but no increase in Greenland algal bloom

Marine biogeochemist Indah Ardiningsih of the NIOZ Royal Netherlands Institute for Sea Research hopes to graduate on Friday 3 September for her research on the factor that is of great influence to the availability of iron for marine life: so-called organic ligands. “These are dissolved molecules in the seawater that bind dissolved iron. That is why the formation of iron oxide is slowed down or even prevented, causing iron molecules to remain in the water, available for algae that live the surface water.”

The melting of the Greenland Ice Sheet is leading to an increasing run off of iron into the Fram Strait, the open ocean East to Greenland. Scientists would expect a larger supply of dissolved iron to fuel the algal bloom in summer, but no increase in dissolved iron was observed. Ardiningsih discovered how that is possible. “The organic ligands in this water have a weak capacity to bind the dissolved iron: they can’t hold the iron tightly. What causes this weakness of ligands near Greenland, is still unknown.”

Additionally, for her PhD research, Ardiningsih went on a seven-week scientific cruise to Antarctica. “To be able to explain the chemistry and availability of iron in this research, the study of organic ligands is necessary. I took samples of many different depths. Due to the very low concentrations, studying ligands in these waters is very challenging. But due to my precise measurements, for three water masses that are different in temperature and salinity, we were able to distinguish specific characteristics of the different ligands that are present.”