On our way to the bio-economy: Bayreuth researchers discover high-performance biocatalyst 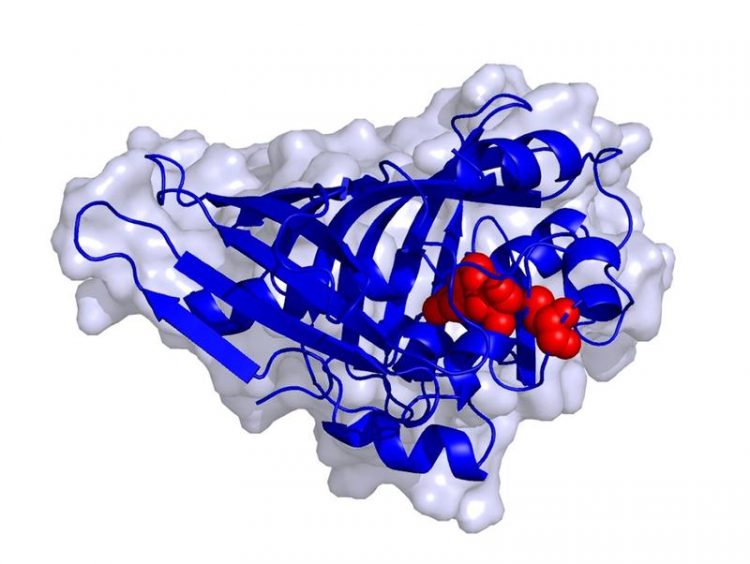 Nature holds a wealth of substances that could be of great medical benefits for humans. Due to their complex structures, however, these natural products can often only be produced at great expense when using conventional chemical processes.

One promising approach to this problem is the use of biocatalysts, which often help to markedly simplify production. The new biocatalyst discovered by the Bayreuth researchers is the enzyme AmbDH3.

In their study, the Bayreuth scientists succeeded in proving that AmbDH3 can be used to produce the antibiotically active (–)-centrolobin. On the basis of this, the Bayreuth research team intends to tackle the synthesis of further, even more complex tetrahydropyran-containing natural products.

One example are the Bryostatins, which are of great interest in drug research due to their antiviral activity. They might even be suitable for the treatment of cancer or Alzheimer's disease.

A versatile and powerful biocatalyst

Tetrahydropyrans are ring-shaped molecules that belong to the chemical group of heterocycles. The research group of Prof. Dr. Frank Hahn at the University of Bayreuth shows, in its new study, that a variety of different heterocycles can be obtained with the help of the biocatalyst AmbDH3.

The new biocatalyst has the advantage of allowing the spatial structure of the resulting ring-shaped molecules to be precisely controlled. In addition, AmbDH3 is a very stable enzyme and suitable for the production of large quantities of a desired substance. Until now, no biocatalyst has been known to combine all of these properties.

The scientists discovered AmbDH3 while studying bacteria that use this enzyme to produce ambruticin. This is a potential drug candidate for treatment of fungal diseases.

On our way to a sustainable bioeconomy

“I expect future applications for the enzyme AmbDH3 primarily in the production of active pharmaceutical ingredients, but also in the synthesis of fine chemicals. Our research group is confident that we will be able to discover further enzymes related to AmbDH3, which will further expand the repertoire of these biocatalysts.

Our work has proven that biocatalysis can make a significant contribution to establishing a more natural resource-based economy. It thus contributes to solving central social challenges,” says Hahn, who, together with his team at the University of Bayreuth, is conducting research into the drug potential of natural products, and the synthetic potential of biosynthetic enzymes.

Industrial (or “White”) biotechnology is indispensable in the development of a sustainable bio-economy. By allowing microorganisms or enzymes to take over the production of substances that were previously obtained by 'artificial' chemical synthesis processes, energy is conserved and significantly fewer toxic chemicals used.

The chemical and pharmaceutical industries are very interested in such gentle processes. “With new biocatalysts, areas that until recently were reserved for traditional chemical synthetic methodology can be opened up to the bio-economy. In future, it will be important to combine the advantages of both research and development approaches in a targeted way,” Hahn explains.

The study now published in “Catalysis” was supported by the German Research Foundation (DFG) as part of an Emmy Noether Junior Research Group, by a Career Integration Grant from the European Union, and a doctoral scholarship from the German Federal Environmental Foundation (DBU).