Home / Life Sciences / Observing changes in the chirality of molecules in real time
15.11.2019

Observing changes in the chirality of molecules in real time 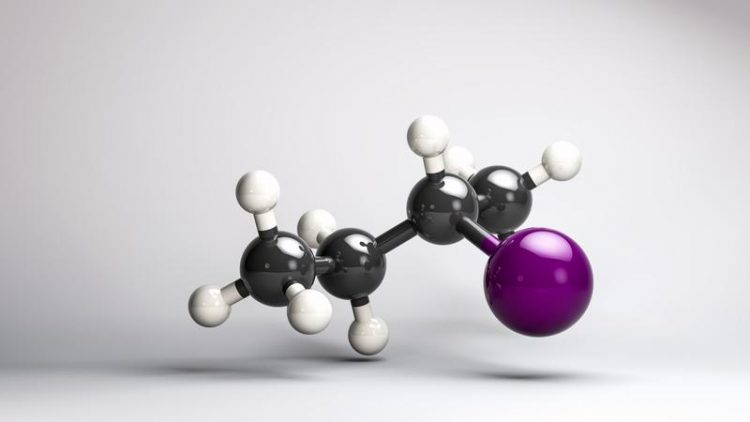 Chiral molecules - compounds that are mirror images of each other -- play an important role in biological processes and in chemical synthesis. Chemists at ETH Zurich have now succeeded for the first time in using ultrafast laser pulses to observe changes in chirality during a chemical reaction in real time. Credit: ETH Zurich / Joachim Schnabl

The fact that they behave to each other like image and mirror image is called chirality (from the Greek cheiro for hand). In nature, however, often only one enantiomer exists, for example in amino acids, DNA or sugars.

The enzymes that produce these molecules are themselves chiral and therefore only produce one type of enantiomer.

This preference of nature has far-reaching consequences. For example, enantiomers of drugs can have completely different modes of action, such as being toxic or the can be completely ineffective.

The food and cosmetics industry are also interested in chirality because fragrances and flavors are perceived differently depending on the enantiomer. Chemists therefore often try to produce only one enantiomer or, if this is not possible, to separate mixtures of enantiomers.

The breaking or formation of chemical bonds takes place on a very short time scale, namely within a few femtoseconds (quadrillionths of a second). With the existing measurements, it has not been possible to monitor chirality in such short periods of time and thus follow a chemical process.

Understanding the reactions of chiral molecules

Researchers led by Hans Jakob Wörner, Professor at the Department of Chemistry and Applied Biosciences, have now developed a new method for observing changes in chirality directly during a chemical reaction in real time.

The researchers have generated femtosecond laser pulses, with tailor-made temporally varying polarization, which are themselves chiral. This new approach enabled them for the first time to simultaneously achieve the necessary sensitivity to chirality and time resolution.

In their experiment, which the scientists reported on in the scientific journal PNAS, they excited the gaseous chiral molecule (R)-2-iodobutane with two ultra-short ultraviolet laser pulses. The excitation caused the bond between carbon and iodine to break.

In this process, the 2-butyl radical is initially formed in a chiral conformation, which rapidly loses its chirality. With the help of the newly developed polarized laser pulses, they were then able to follow live how the chirality disappears after the bond break due to the cleavage of the iodine atom.

This new method can also be applied to the liquid or solid phase to observe the extremely rapid changes in molecular chirality, as the scientists say. The possibility of making chiral photochemical processes directly accessible on such short time scales now makes it possible to better understand the reactions of chiral molecules. This could facilitate the development of new or improved methods for the production of enantiomerically pure compounds.