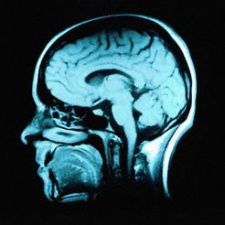 The devastating loss of memory and consciousness in Alzheimer's disease is caused by plaque accumulations and tangles in neurons, which kill brain cells. Alzheimer's research has centered on trying to understand the pathology as well as the potential protective or regenerative properties of brain cells as an avenue for treating the widespread disease.

Now Prof. Illana Gozes, the incumbent of the Lily and Avraham Gildor Chair for the Investigation of Growth Factors and director of the Adams Super Center for Brain Studies at the Sackler Faculty of Medicine and a member of Tel Aviv University's Sagol School of Neuroscience, has discovered novel protein fragments that have proven protective properties for cognitive functioning.

In a study published in the Journal of Alzheimer's Disease, Prof. Gozes examined the protective effects of two newly discovered protein fragments in mice afflicted with Alzheimer's disease-like symptoms. Her findings have the potential to serve as a pipeline for new drug candidates to treat the disease.

“Several years ago we discovered that NAP, a snippet of a p

rotein essential for brain formation, which later showed efficacy in Phase 2 clinical trials in mild cognitive impairment patients, a precursor to Alzheimer’s,” said Prof. Gozes. “Now, we're investigating whether there are other novel NAP-like sequences in other proteins. This is the question that led us to our discovery.”

Prof. Gozes' research focused on the microtubule network, a crucial part of cells in our bodies. Microtubules act as a transportation system within nerve cells, carrying essential proteins and enabling cell-to-cell communications. But in neurodegenerative diseases like Alzheimer's, ALS, and Parkinson's, this network breaks down, hindering motor abilities and cognitive function.

“NAP operates through the stabilization of microtubules — tubes within the cell which maintain cellular shape. They serve as 'train tracks' for movement of biological material,” said Prof. Gozes. “This is very important to nerve cells, because they have long processes and would otherwise collapse. In Alzheimer's disease, these microtubules break down. The newly discovered protein fragments, just like NAP before them, work to protect microtubules, thereby protecting the cell.”

In her new study, Prof. Gozes and her team looked at the subunit of the microtubule — the tubulin — and the protein TAU (tubulin-associated unit), important for assembly and maintenance of the microtubule. Abnormal TAU proteins form the tangles that contribute to Alzheimer's; increased tangle accumulation is indicative of cognitive deterioration. Prof. Gozes decided to test both the tubulin and the TAU proteins for NAP-like sequences. After confirming NAP-like sequences in both tubulin subunits and in TAU, she tested the fragments in tissue cultures for nerve-cell protecting properties against amyloid peptides, the cause of plaque build up in Alzheimer patients' brains.

“From the tissue culture, we moved to a 10-month-old transgenic mouse model with frontotemporal dementia-like characteristics, which exhibits TAU pathology and cognitive decline,” said Prof. Gozes. “We tested one compound — a tubulin fragment — and saw that it protected against cognitive deficits. When we looked at the 'dementia'-afflicted brain, there was a reduction in the NAP parent protein, but upon treatment with the tubulin fragment, the protein was restored to normal levels.”

Prof. Gozes and her team also measured the brain-to-body mass ratio, an indicator of brain degeneration, and saw a significant decrease in the mouse model compared to normal mice. Following the introduction of the tubulin fragments, however, the mouse's brain to body ratio returned to normal. “We clearly see here the protective effect of the treatment,” said Prof. Gozes. “We witnessed the restorative and protective effects of totally new protein fragments, derived from proteins critical to cell function, in tissue cultures and on animal models.”