Nerves on the spot 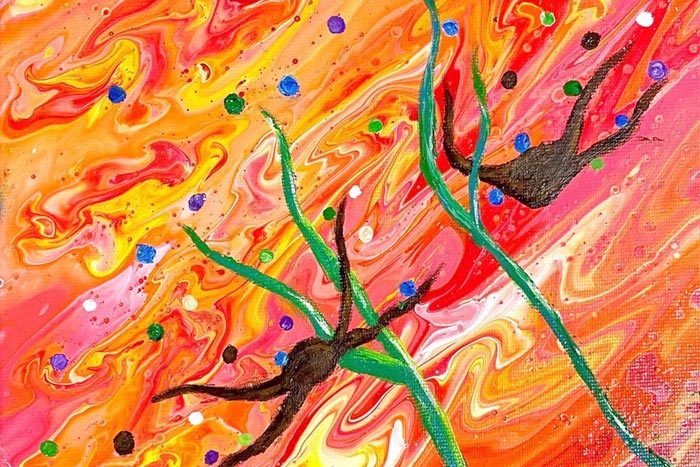 Our skin forms the physical boundary between us and the outside world, yet it still holds a surprising number of secrets. Now, researchers from Japan have discovered that sensory nerve cells in our skin do more than just help us feel our way around.

In a study published this month in Cell Reports, a research group led by the Institute of Industrial Science, The University of Tokyo, has revealed that sensory neurons in human skin play an important role in pigmentation.

Pigmentation in our skin is caused in part by a group of substances known as melanin, which are produced by skin cells called melanocytes. When melanocytes are damaged or reduced in number, this leads to either increased or limited melanin production, resulting in pigmentation disorders. Typically, these melanin changes are long term, localized, and uneven – such as skin color patches. The mechanisms that underpin the maintenance and development of these patches are mostly unknown.

“Increasingly, evidence has been pointing to the possibility that the interaction between neurons and melanocytes plays a number of key roles in human skin,” says lead author of the study, Siu Yu Chow. “This includes the regulation of melanocytes by sensory neurons.”

In their study, the researchers explored the relationship between sensory neurons and melanocytes, and found that there was a greater degree of contact between them in skin color patch tissue than control tissue. When cultured with neurons, melanocytes were also found to have higher pigmentation and an increased survival rate. Melanocytes cultured in growth media that had been conditioned with sensory neurons showed increased survival, as well as longer dendrites (branch-like extensions of the cell); these effects were specific to melanocytes.

“Additionally, we identified proteins secreted by sensory neurons, including Repulsive Guidance Molecule B (RGMB),” explains Yoshiho Ikeuchi, senior author. “We discovered that melanocyte survival and darkness is promoted by RGMB.”

The study revealed that sensory neurons play a role in modulating a number of features of human melanocytes via the secretion of RGMB, which is a key factor that stimulates melanocytes.

“Our results highlight how important sensory neurons are to skin pigmentation and physiology,” says Chow.

Pigmentation disorders, including skin color patches, are common and can result in psychosocial problems; they are also often linked with health issues such as neurocutaneous diseases (diseases that affect the nervous system and skin) and melanoma. However, the effectiveness of chemical and topical treatments for these are limited. The results of this study could lead to the development of new drugs for use with current therapies by enabling the discovery of previously unknown molecules and mechanisms that include RGMB.

The article, “Human sensory neurons modulate melanocytes through secretion of RGMB,” was published in Cell Reports at DOI: 10.1016/j.celrep.2022.111366