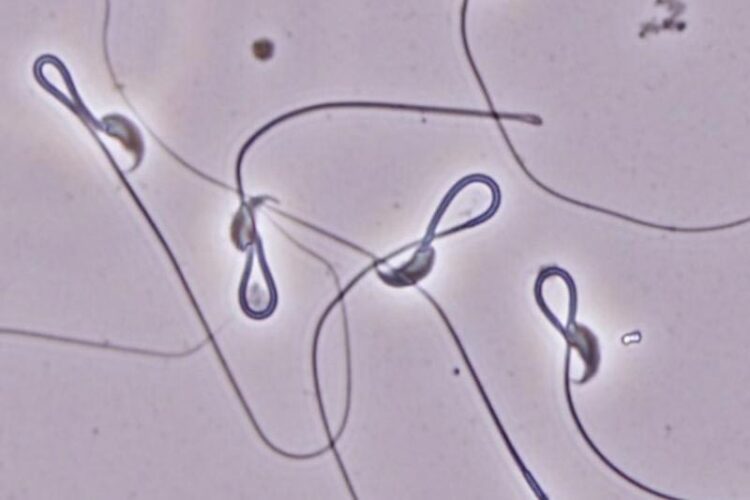 Fertilisation is one of the most fundamental biological processes, yet its underlying molecular mechanisms are unresolved. An international team of scientists at the Research Institute of Molecular Pathology (IMP) and at Osaka University unveiled the role of the protein SPACA4, which allows mammalian sperm to traverse the protective layers of the egg to reach its membrane. Their results are now published in PNAS.

In most animals and plants, the life cycle of an individual begins with fertilisation, when egg and sperm fuse to combine their genetic material. Together, they form the zygote, the first cell of an embryo that will eventually develop into a complex organism.

Sexual reproduction succeeds only if it follows a number of rules set by millions of years of evolution. For instance, animals are often constrained to reproduce with their own kind and no other. In some cases, natural selection has found ways to prevent different species from interbreeding at the molecular level, making sperm from one species chemically incompatible with eggs from another species.

In 2018, the lab of Andrea Pauli at the Research Institute of Molecular Pathology (IMP) at the Vienna BioCenter pinpointed a specific protein that allows eggs of zebrafish to reject sperm from medaka, an evolutionarily distant fish species. The protein, called Bouncer in analogy with nightclub security guards, is necessary for fertilisation and enables the membranes of compatible gametes to bind.

Bouncer also exists in mammals, where it is called SPACA4 (Sperm Acrosome Associated 4), but while Bouncer is expressed in fish eggs, SPACA4 is expressed in mammalian sperm, suggesting that they play a different physiological role.

Masahito Ikawa and his lab at Osaka University have been studying mammalian fertilisation for decades, investigating the molecules that drive the interactions between sperm and egg in vivo and in vitro in mice. Ikawa and Pauli first exchanged ideas at an international conference, and together with their teams, they set out to investigate SPACA4 and its function in mice. They found SPACA4 to be essential for normal fertilisation in mammals, and now published their findings in the journal PNAS.

One protein, two functions for fertilisation

“Bouncer and SPACA4 are two versions of the same protein, but they are not produced in the same cells in fish and mammals, so we were unsure whether their function would be comparable,” says Sarah Herberg, Vienna BioCenterPhD graduate and co-first author of the study. “There’s still a lot of mystery around the evolution of that protein across vertebrates, but our study explains its crucial role in mouse fertilisation.”

To understand SPACA4’s function, the scientists used the gene-editing technology CRISPR/Cas9 to generate mutant mice whose sperm could not produce SPACA4. They found that mutant males failed to reproduce: although their sperm cells could move normally, most could not fertilise a female’s egg.

“We were very excited to find that SPACA4 was required for normal fertilisation in mice,” says Yoshitaka Fujihara, co-first author of the study and now lab chief at the National Cerebral and Cardiovascular Center in Osaka. “The next step in our study was to determine whether sperm that lack SPACA4 interact with the egg membrane at all, or if they fail to reach it.”

A free ticket through the egg’s protective layers

“Mammals produce few eggs and keep the fertilisation process hidden inside their bodies,” says Ikawa. “This makes the study of mammalian fertilisation much more challenging than in most fish or frogs. Combining our expertise in mammalian reproduction with Andrea Pauli’s knowledge of fish fertilisation has brought interesting insights to both fields.”

Unlike the egg cells of fish, mammalian eggs are covered with a thick, protective coat of glycoproteins called the zona pellucida. In order to get in contact with the egg membrane, sperm cells are faced with the difficult task to traverse this layer.

The scientists ingeniously tested the mutant sperm’s performance on normal eggs and eggs whose zona pellucida had been experimentally dissolved. As expected, sperm lacking SPACA4 could rarely fertilise normal eggs, but here came the surprise: removing the zona pellucida restored a normal fertilisation rate in the absence of the SPACA4 protein. This showed that SPACA4, unlike Bouncer, is not required for the interaction of sperm and egg membranes, but is crucial to cross the barrier formed by the zona pellucida.

“Our results suggest that SPACA4 and Bouncer evolved different modes of action: the former is produced in sperm and mediates the crossing of the zona pellucida, while the latter is produced in eggs and regulates membrane binding,” explains Andrea Pauli, group leader at the IMP. “The evolutionary history of this protein and how it operates in different organisms are next on our list of investigations.”