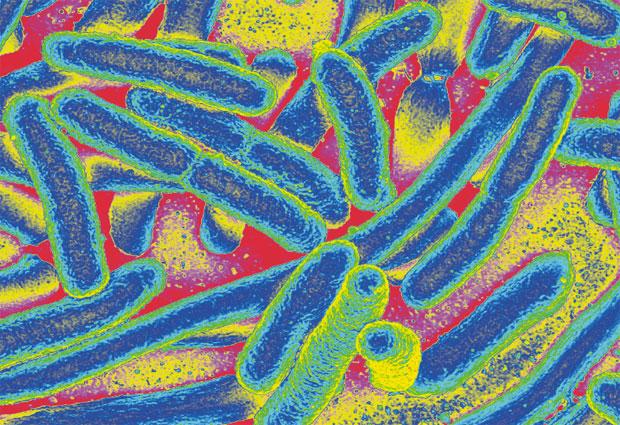 With antibiotic resistance spreading worldwide, there is a strong need for new technologies to study bacteria. EMBL researchers have adapted an existing technique to study the melting behaviour of proteins so that it can be used for the study of bacteria. Molecular Systems Biology published their results – allowing researchers worldwide to start using the technique – on July 6.

Thermal proteome profiling (TPP) was developed in 2014 (Savitski et al., Science 2014) and enables scientists to compare the melting behavior of all proteins in a cell or organism before and after a perturbation, such as the administration of a drug.

By adapting TPP to bacteria, it can now be used to study the activity and architecture of most proteins in a bacterial cell while it's alive. André Mateus, a postdoc working in the Savitski and Typas groups at EMBL, led the study.

While human bodies cease to function at temperatures above 42°C, E. coli bacteria still grow regularly up to 45°C. “We discovered that proteins in the middle of a bacterial cell are less tolerant to heat than those at the cell surface,” says Mikhail Savitski. “Surprisingly, a protein's location is more predictive for its melting behavior than which other proteins it interacts with.”

With TPP, researchers can also investigate the effects of drugs on bacteria. Protein-drug interactions typically increase the proteins' heat tolerance, resulting in higher melting points. Therefore, comparing the heat tolerance of drug-treated and untreated bacterial cells helps to identify targets of antimicrobial drugs, but also to decipher how the bacterial cell succumbs to the drug or tries to bypass its action.

“In one particular case, we were able to elucidate a novel drug resistance mechanism,” says André Mateus. “Cells use proteins to pump antibiotics out of the cell. After genetically removing one such efflux pump from their chromosome, bacteria became more sensitive to many drugs, but curiously more resistant to one specific antibiotic called aztreonam. Using TPP, we found that this was due to dramatically reduced levels of a specific porin – a protein that acts as a pore – used by aztreonam to enter the cell.”

Compared to other techniques, TPP allows scientists to investigate the effects of perturbations on thousands of individual proteins in a short timeframe. Most of the obtained insights – like the changes in the activity of proteins in vivo – would be impossible with other conventional techniques and for so many proteins simultaneously, showing TPP's potential to study bacteria in detail.