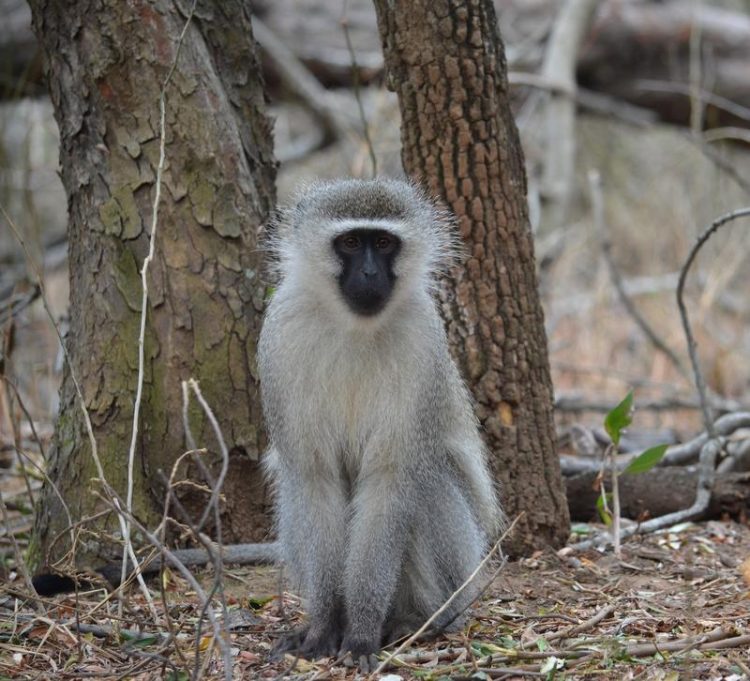 Male vervet monkeys use aggressive behavior against their own group members to inhibit them from fighting. Jean Arseneau-Robar, UZH

Social species engage in a number of cooperative activities including hunting, raising offspring, defending the group against predators, and fighting with neighboring groups. However, since social groups are collections of unique individuals, each member of the group obtains different benefits and experiences different costs when engaging in these cooperative activities.

As a result, group members may often disagree on when to cooperate, and when to defect. This is particularly true when it comes to intergroup fights, as participation carries a serious risk of injury or death, but winning can determine whether the group has access to important resources.

While we know a great deal about how humans resolve such conflicts of interests, we know relatively little about the various mechanisms employed by other social species. A new study carried out by researchers of the University of Zurich shows that male vervet monkeys use punishment and coercion to de-escalate costly intergroup fights.

In particular, this strategy was used by males who were likely to have sired infants in the group, but were themselves wounded and so may have felt unable to defend their offspring should the need arise.

While conducting her doctoral research at the Inkawu Vervet Project in South Africa, Jean Arseneau-Robar, the first author of the study, observed males attacking their own group members during intergroup fights. “It has always been assumed that males exhibiting this behavior want to prevent females from mating with males in the opposing group. These acts of male aggression have thus always been interpreted as acts of mate defense,” says anthropologist Jean Arseneau-Robar.

Females use “the carrot and the stick”

Erik Willems, who led the research, says: “We have recently shown that females in this species use both aggression as punishment and grooming as reward to manipulate the participation of male group members during intergroup fights.”

The researchers now wanted to know if males might similarly be trying to influence the outcome of intergroup fights. Indeed, they found that when males used aggressive behavior against their own group members, it effectively manipulated the behavior of their targets. However, male punishment and coercion inhibited group members from fighting, de-escalating the entire intergroup conflict.

UZH professor Carel van Schaik adds: “It was really interesting to see that while females use punishment and rewards to try and rally the troops, males actually use punishment and coercion to try and stifle the fighting, effectively keeping things calm and safe for small, vulnerable infants.”

Redouan Bshary, professor at the University of Neuchâtel, notes: “Usually, it’s the larger or more powerful individuals that punish the weaker ones. Our findings in the vervet monkeys are novel because here, both females and males are equally able to use this manipulative strategy. Importantly, females often form a coalition when punishing males, using strength in numbers to compensate for their smaller size.”