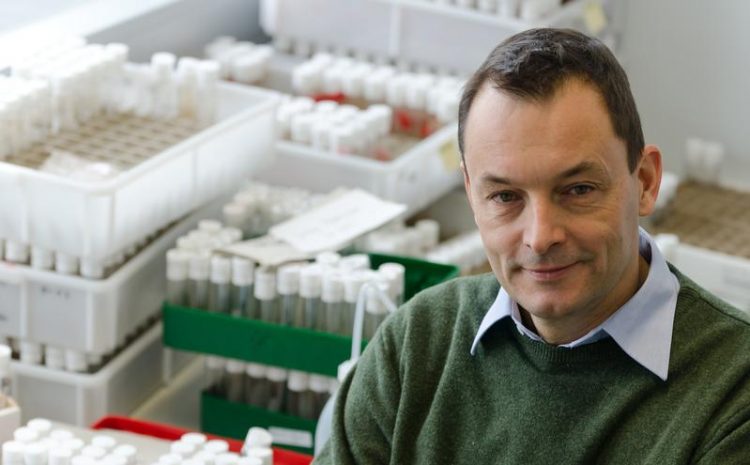 Christian Schlötterer and his colleagues are searching for variation in the genomes of fruitflies. Photo: Michael Bernkopf / Vetmeduni Vienna

Christian Schlötterer and his team from the Institute for Population Genetics at the University of Veterinary Medicine, Vienna study the genomes of entire populations. The scientists want to know why individuals differ from each other and how these differences are encoded in the DNA.

In two review papers published in the journals Nature Reviews Genetics and Heredity, they discuss why DNA sequencing of entire groups can be an efficient and cost-effective way to answer these questions.

DNA analysis has become increasingly efficient and cost-effective since the human genome was first fully sequenced in the year 2001. Sequencing a complete genome, however, still costs around US$1,000. Sequencing the genetic code of hundreds of individuals would therefore be very expensive and time-consuming. In particular for non-human studies, researchers very quickly hit the limit of financial feasibility.

Sequencing groups instead of individuals

The solution to this problem is pool sequencing (Pool-Seq). Schlötterer and his team sequence entire groups of fruit flies (Drosophila melanogaster) at once instead of carrying out many individual sequencing reactions. While the resulting genetic information cannot be attributed to a single individual, the complete data set still provides important genetic information about the entire population.

In the two publications, Schlötterer and colleagues discuss the breadth of questions that can be addressed by Pool-Seq.

Searching for the building blocks of evolution

In order to understand how organisms react to changes in the local environment, the genomes of entire populations can be analysed using Pool-Seq, before and after changed conditions. To do so, the researchers use the method of evolve and resequence (E&R). Schlötterer received an ERC Advanced Grant for this approach in 2012. E&R is a method in which the DNA of a group of individuals is sequenced. After exposing the descendents of this group for several generations to a certain stress, such as high temperature, extreme cold or UV radiation, and the evolved group is then sequenced again. A comparison of the two data sets uncovers genes that have changed in response to the selective stress. The approach makes it possible, for example, to filter out the genes that are involved in a darker pigmentation in response to UV radiation.
“Using this principle, we can perform evolution experiments at high speed. We are using this method to address a broad range of questions, ranging from the identification of genes which influence aging, or genes protecting against diseases and finally to understand the genetic changes which reduce the impact of climate change,” Schlötterer explains.

Uncovering the genetics of aging and disease resistance

The evolve-and-resequence approach also makes it also possible to filter out the genes that regulate aging. This process involves selecting flies from a population, repeatedly over generations, that reach an especially old age. Several generations later, the researchers then compare the genomes of the “Methuselah” flies with those from normally aging flies in order to extract the genes that are involved in the aging process. This method also works to locate genes that provide resistance against certain diseases.

Bioinformatician and co-author, Robert Kofler, explains: “We are dealing with genetic change processes and are searching for variations in the genomes. The variations can help us to understand how evolution works.”

Schlötterer heads the “Vienna Graduate School of Population Genetics” hosted by the University of Veterinary Medicine, Vienna. The doctoral program fills the gap between theoretical and experimental population genetics. 22 PhD students are currently conducting research in Vienna in the field of theoretical and experimental population genetics, bioinformatics, and statistics. http://www.popgen-vienna.at