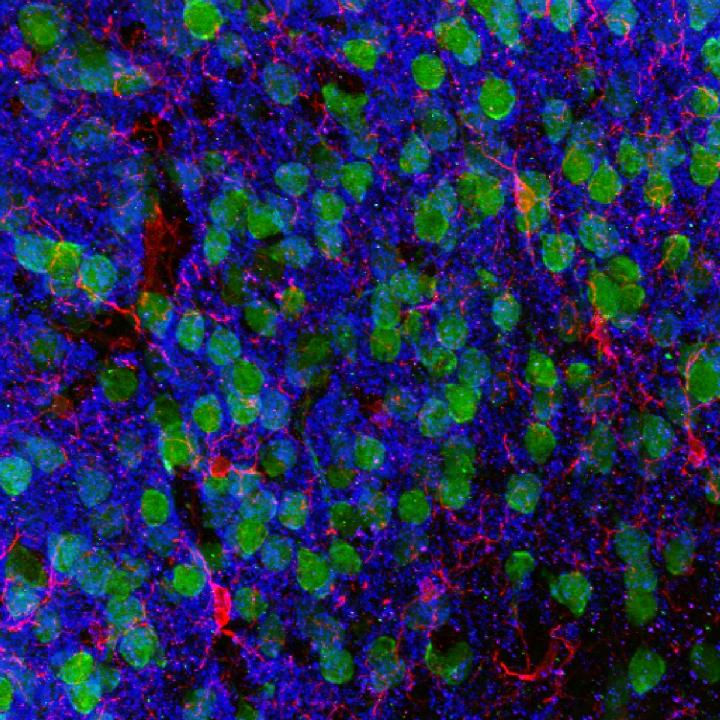 Over the last two decades, scientists have observed a clear link between autoimmune disorders and a variety of psychiatric conditions. For example, people with autoimmune disorders such as inflammatory bowel disease (IBD), psoriasis and multiple sclerosis may also have depleted gut microbiota and experience anxiety, depression and mood disorders.

Genetic risks for autoimmune disorders and psychiatric disorders also appear to be closely related. But precisely how gut health affects brain health has been unknown.

“Our study provides new insight into the mechanisms of how the gut and brain communicate at the molecular level,” said co-senior author Dr. David Artis, director of the Jill Roberts Institute for Research in Inflammatory Bowel Disease, director of the Friedman Center for Nutrition and Inflammation and the Michael Kors Professor of Immunology at Weill Cornell Medicine.

“No one yet has understood how IBD and other chronic gastrointestinal conditions influence behavior and mental health. Our study is the beginning of a new way to understand the whole picture.”

For the study, published Oct. 23 in Nature, the researchers used mouse models to learn about the changes that occur in brain cells when gut microbiota are depleted.

Mice treated with antibiotics to reduce their microbial populations, or that were bred to be germ-free, showed a significantly reduced ability to learn that a threatening danger was no longer present. To understand the molecular basis of this result, the scientists sequenced RNA in immune cells called microglia that reside in the brain and discovered that altered gene expression in these cells plays a role in remodeling how brain cells connect during learning processes. These changes were not found in microglia of healthy mice.

“Changes in gene expression in microglia could disrupt the pruning of synapses, the connections between brain cells, interfering with the normal formation of new connections that should occur through learning,” said co-principal investigator Dr. Conor Liston, an associate professor of neuroscience in the Feil Family Brain & Mind Research Institute and an associate professor of psychiatry at Weill Cornell Medicine.

The team also looked into chemical changes in the brain of germ-free mice and found that concentrations of several metabolites associated with human neuropsychiatric disorders such as schizophrenia and autism were changed. “Brain chemistry essentially determines how we feel and respond to our environment, and evidence is building that chemicals derived from gut microbes play a major role”, said Dr. Frank Schroeder, a professor at the Boyce Thompson Institute and in the Chemistry and Chemical Biology Department at Cornell Ithaca.

Next, the researchers tried to reverse the learning problems in the mice by restoring their gut microbiota at various ages from birth. “We were surprised that we could rescue learning deficits in germ-free mice, but only if we intervened right after birth, suggesting that gut microbiota signals are required very early in life,” said Dr. Liston. “This was an interesting finding, given that many psychiatric conditions that are associated with autoimmune disease are associated with problems during early brain development.”

“The gut-brain axis impacts every single human being, every day of their lives,” said Dr. Artis. “We are beginning to understand more about how the gut influences diseases as diverse as autism, Parkinson's disease, post-traumatic stress disorder and depression. Our study provides a new piece of understanding of how the mechanisms operate.”

“We don't know yet, but down the road, there is a potential for identifying promising targets that might be used as treatments for humans in the future,” Dr. Liston said. “That's something we will need to test going forward.”