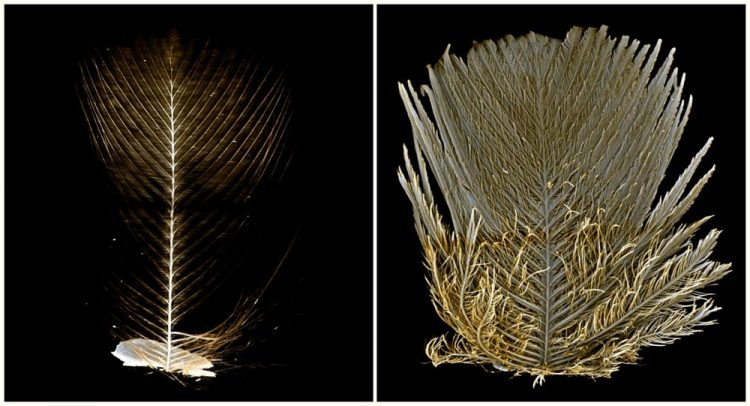 Scientists at the Universities of Cologne and Bonn and the Zoological Research Museum Alexander Koenig – Leibniz Institute for Animal Biodiversity in Bonn have now developed a new method to digitally capture and display even the finest surface structures.

To achieve this, they coated the samples with a thin layer of gold, a technique that has previously only been used in scanning electron microscopy. Besides the implementation in biological sciences, the new method also holds promise for more practical areas of application such as material sciences or quality control in manufacturing companies. The research results have now been published in the Journal of Anatomy.

'Up to now, many delicate surface structures of our research objects could simply not be represented by means of computer tomographic analyses', explains Peter Ruehr, MSc, a doctoral student at the University of Cologne's Zoological Institute. Together with Dr Markus Lambertz, a zoologist at the University of Bonn and Museum Koenig, he developed the new method to make these low-contrast structures visible in the digital scans. The key to success was the combination of modern X-ray-based computer tomography and the traditional sample preparation of scanning electron microscopy.

In order to digitally capture structures such as bristles or scales on the body surface of an organism, the X-ray contrast had to be selectively increased. The scientists found a solution rather quickly: gold. This method is already well established in the preparation of samples for scanning electron microscopy, where samples are usually coated with an extremely thin layer of gold. However, until now nobody has tried to transfer this method to computer tomography.

The direct comparison of untreated samples with those that had been coated with gold before the tomography delivered the hoped-for results: Surface structures that were previously invisible in the scans were now clearly visible. At the same time, the internal anatomical details could still be reconstructed without any limitations.

To demonstrate the range of possible applications, the researchers selected a number of different objects with delicate surface structures to test their method on a wide set of samples. Peter Ruehr explains: 'We wanted to show that our new approach works not only for certain groups of organisms, but generally expands the methods of modern morphology.'

They investigated various insects, bird feathers, parts of plants and even spider silk. 'The morphological details that can now be visualized can also be used for applications ranging from taxonomy and functional considerations to educational projects in museums,' adds Dr Markus Lambertz.

For Dr Lambertz, the advantage of this new method lies in the fact that it is easily accessible and inexpensive, yet at the same time extremely powerful. Peter Ruehr concludes: 'By combining two already well-established methods for the first time, we have created something completely new. This opens up a series of previously closed doors in the three-dimensional evaluation of even the finest structures.'