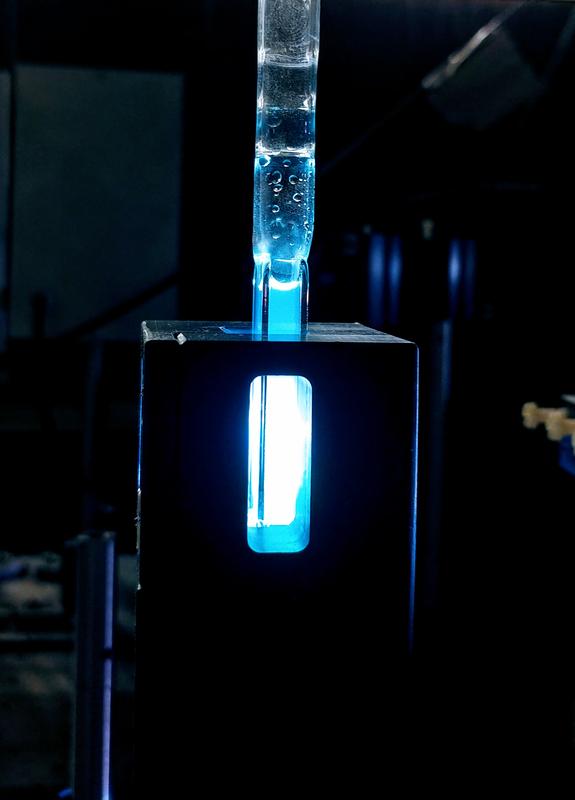 Whether they are synthetic materials such as PET and Teflon, medicines or flavourings, life without synthetically produced compounds is barely conceivable in our everyday lives today. The chemical industry depends on efficient, long-term methods of producing synthetically derived molecules.

For this purpose, chemists often use catalysts, i.e. additives with which they can facilitate and control chemical reactions. But how are such reactions discovered and developed?

A high degree of knowledge and understanding are required – but, not infrequently, chance also plays a decisive role. A team of chemists at the University of Münster (Germany) have developed a strategy for generating such “random hits” in a systematic way, with the aim of discovering new, unexpected reactions. The study has been published in the “Chem” journal.

The process of systematically conducting a large number of experiments is called ‘screening’ and is established practice in particular in pharmaceutical research relating to active ingredients.

The screening method developed in Münster for discovering reactions combines two steps which cover a variety of individual elements in a reaction and which, in combination, are designed to discover new, synthetically relevant reactions.

In the first step, chemists examine whether a potential substrate actually interacts at all with the catalyst. For this purpose, in the case of photo-catalysts, the phenomenon of emission quenching is used. If a substrate reduces the emission of the catalyst, an interaction between catalyst and substrate is likely.

By systematically screening a large number of randomly selected compounds, new molecules can be identified whose interaction with catalysts was previously unknown.

The interaction between substrate and catalyst does not by itself create a reaction, however. For this reason, the second stage of the screening process involves examining whether a reaction does actually take place when a reaction partner and the catalyst are present.

This means that for the first time, as a result of combining two screening steps, both partners in a new reaction can be identified which react to form a new product.

“This two-dimensional strategy enables us not only to find new catalyst-substrate interactions, but also to actually discover new reactions – including some we hadn’t previously expected,” explains Prof. Frank Glorius from the Institute of Organic Chemistry at Münster University.

The study shows that the authors were able to discover and further develop three previously unknown reactions. One of these reactions is a so-called photochemical cycloaddition, in which simple, flat molecules – benzothiophenes – are transferred to complex three-dimensional structures.

“As formulated on paper, I would not have considered this reaction to be possible,” says Felix Strieth-Kalthoff, a PhD student and lead author of the study, “because, from an energetic point of view, the key step in this reaction shouldn’t actually be possible.”

To investigate this in more detail, the Münster chemists contacted Prof. Dirk Guldi at the University of Erlangen, who is considered to be the world’s leading expert on investigations into photochemical processes. Working with colleagues from the Leibniz Institute of Surface Engineering in Leipzig, the team was able to throw light on the matter by carrying out measurements in the form of ultrafast spectroscopy.

The chemists used ultrashort laser pulses in order to systematically observe and investigate the individual steps in the reaction. “We’re now able to provide much better explanations for the underlying molecular processes in the triplet-triplet energy transfer – the key activation step,” says Dirk Guldi. “This greater understanding will allow the development of new processes and catalysts,” he adds.

This example shows that the results of such a screening approach not only deliver new reactions but can also, in addition, contribute to a deeper understanding of the subject. “We are convinced that this strategy can be used in other areas of catalysis – and beyond,” says Frank Glorius.

Using, among other things, the latest computer technologies, the team of researchers is already working all out on the development of new screening methods for discovering and understanding new classes of reactions. There is one thing Frank Glorius is certain of: “I believe that the discovery of new types of reactions resulting from data-based strategies, such as these screening methods are, will make a decisive difference to the development of synthetic chemistry.”

The work was funded by the German Research Foundation. In the Priority Programme 2102, “Light Controlled Reactivity of Metal Complexes”, chemists and physicists at the University of Münster are working with other groups, primarily in Germany, on the development of innovative photochemical processes.