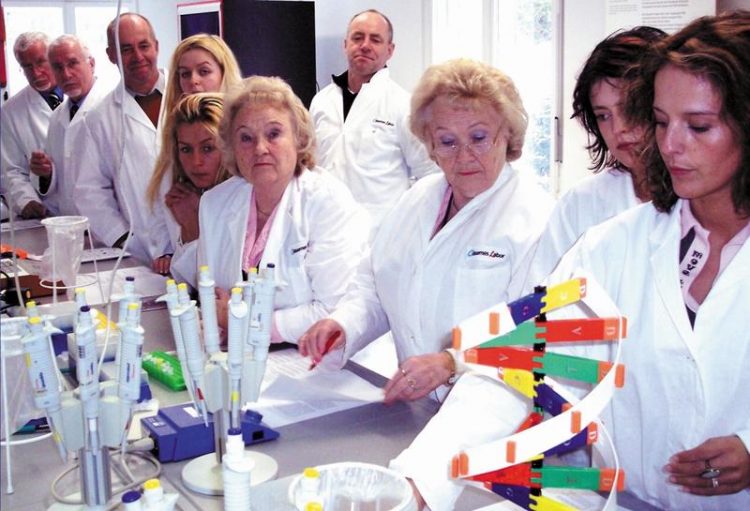 ACE is the abbreviation for angiotensin-converting enzyme, which is primarily released from cells from the lung but also from adipose tissue. It has a blood pressure increasing effect, since it fulfills two main tasks in the organism: On the one hand, it transfers angiotensin I into its vasoconstrictive form, angiotensin II. On the other hand, it accelerates the degradation of the neurotransmitter bradykinin, which is vasodilating and thus has an antihypertensive effect.

For a long time the medical consensus was that ACE levels in the blood were relatively stable. However, as recent studies have shown, they can be influenced by weight gain or weight loss. Therefore, the scientists involved in the current study posed the question whether diet – independent of changes in body weight – could have an influence on the ACE concentrations in the blood and what role genes play in this.

To find answers to these questions, the scientists examined 46 healthy normal and overweight pairs of twins, since genetic effects can be demonstrated in twins particularly well. At the beginning of the study, all participants had to follow a healthy diet** for six weeks, which was characterized by high carbohydrate content and low fat content, to standardize the nutritional behavior of the study subjects.

This was followed by a six-week high-fat diet in which the participants ate a considerably higher percentage of saturated fat. Because the caloric intake remained approximately the same during the different dietary phases, the participants gained only a slight amount of weight, which however did not influence the ACE concentration. Before, during and at the end of the study the scientists carried out various clinical examinations and analyzed the collected physiological data. The analysis results show a strong interaction between diet, the ACE gene and blood pressure.

“Our study is the first to show that, regardless of a change in body weight, a high-fat diet increases ACE levels in the blood by approximately 15 percent within a short time,” said first author Schüler. “In addition, we were able to demonstrate that not all people respond in the same way to a high intake of saturated fats. An observation for which a specific gene variant is responsible,” the researcher added. As the study shows, homozygous carriers of the identified risk ACE gene variant*** already had higher ACE levels in the blood prior to the fat-rich diet. In addition, under the high-fat diet the ACE concentrations in the carriers of the risk variant increased twice as much as those of the other study participants. Likewise, in comparison to the other participants, their blood pressure readings were on average 9 mmHg higher after the high-fat diet.

An additional review of the results on the basis of the data of 365 study participants in another study**** independent of the twin study confirmed the observations made by the researchers.

“Our results prove for the first time that diet directly influences blood pressure regulation, depending on the ACE gene. In the future these findings could contribute to creating a basis for personalized diet recommendations,” said study leader Pfeiffer, an endocrinologist who heads the Department of Clinical Nutrition at DIfE. If these results are confirmed in further studies, it would be conceivable to use the ACE gene as new biomarker similar to the metabolism marker LDL cholesterol and in particular to advise carriers of the risk gene variant that they follow a low-fat diet.

Since ACE inhibitors* are among the first-choice blood pressure drugs, it would also be conceivable that people with borderline hypertension, might benefit from a nutrigenetic***** defined choice of foods and perhaps might no longer need any medication. “Last but not least,” Pfeiffer added, “the results already give new insight into the molecular mechanisms that through a high intake of saturated fats lead to unfavorable effects on the blood pressure and thus the development of cardiovascular diseases.”

* Angiotensin-converting enzyme (ACE) is important for blood pressure regulation and regulation of the water electrolyte homeostasis. ACE inhibitors are used to treat arterial hypertension and cardiac insufficiency. With revenues of approximately EUR 1.9 billion (2008), they represent the highest-selling drug group in Germany (Source: Wikipedia).

*** With the exception of the germ cells, each human cell has a diploid (double) chromosome set. This means that most genes are usually duplicated, including the ACE gene. The genes may be differently expressed and may be present in different variants, which differ slightly in the basic sequence of the genetic material (DNA).The various forms of expression of genes are also referred to as alleles. If two different alleles of a gene appear on the two chromosomes at the relevant gene locus, this is called heterozygosity. If two identical alleles occur, this is called homozygosity.

The ACE gene also occurs in different variants. Thus, the studied ACE gene variant rs4343 exists in two forms, the G and the A variant. The “G” represents the base guanine, which replaces the base adenine (A) in the more widespread A variant at a specific position of the DNA chain. Due to the double chromosome set, people either carry the G variant twice (GG type), the A variant twice (AA type), or they are carriers of both gene variants (AG type). According to the results of the current study, after increasing fat intake, the homozygous carriers of the G variant (GG type) – in comparison to heterozygous carriers (AG type) or homozygous carriers of the A variant (AA) – had twice as high ACE concentrations in the blood and in addition a 9 mmHg higher blood pressure reading.

**** Metabolic Syndrome Berlin-Potsdam Study (MeSyBePo) – Cross-sectional study: The MeSyBePo study consisted of about 2,600 people from the Berlin and Potsdam area, who were recruited from 2002 to 2009. The study participants were men and women with and without metabolic syndrome as well as with a healthy or disturbed glucose metabolism. Within the framework of the study, already in the past, the DIfE scientists conducted (nutri)genetic analyses in order to identify gene variants associated with individual differences in metabolic processes.

***** Nutrigenetic: The word 'nutrigenetic' derives from ‘nutrigenetics’, an area of nutritional research that explores the relationship between nutrition and genetics. In particular, it analyzes the extent to which diet-induced or diet-related diseases and other processes in the organism are influenced by genetic variance.

The German Institute of Human Nutrition Potsdam-Rehbruecke (DIfE) is a member of the Leibniz Association. It investigates the causes of diet-related diseases in order to develop new strategies for prevention and therapy and to provide dietary recommendations. Its research focus includes the causes and consequences of the metabolic syndrome, which is a combination of obesity, high blood pressure, insulin resistance and lipid metabolism disorder, as well as the role of diet in healthy aging and the biological basis of food choices and eating habits. More information can be found at www.dife.de. In addition, the DIfE is a partner of the German Center for Diabetes Research (DZD), which was founded in 2009 and has since been funded by the Federal Ministry of Education and Research (BMBF). Further information about the DZD can be found at http://www.dzd-ev.de.

The Leibniz Association is the umbrella organization for 91 independent research institutions whose spectrum encompasses the natural, engineering and environmental sciences, economics, the spatial and social sciences as well as the humanities. Leibniz Institutes address issues of social, economic and ecological relevance. They conduct knowledge-driven and applied basic research, also in the overarching Leibniz research networks; they comprise and maintain scientific infrastructure and provide research-based services. The Leibniz Association sets priorities in knowledge transfer, in particular with the Leibniz research museums. It provides advice and information for policymakers, academia, business and industry, and the general public. Leibniz institutions maintain close cooperative relationships with universities – inter alia in the form of “Leibniz Science Campi”, as well as with industry and other partners in Germany and abroad. They are subject to a transparent and independent evaluation procedure. Due to the importance of the Leibniz Institutes for Germany as a whole, they are funded jointly by the federal government and state governments, employing some 18,600 individuals, including 9,500 researchers. The overall budget of the institutes amounts to more than EUR 1.7 billion. More information is available at http://www.leibniz-gemeinschaft.de.