Home / Life Sciences and Chemistry / Fungus attacks new type of grain thanks to an evolutionary trick
12.01.2016

Fungus attacks new type of grain thanks to an evolutionary trick 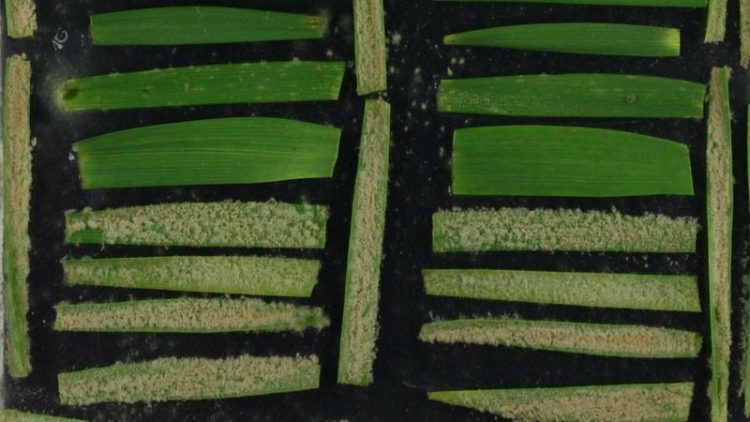 Triticale is an artificial grain type stemming from a cross between wheat and rye. Since the 1960s, triticale has been cultivated in many places as a feed grain and had proved very resistant to mildew attack. This fungal pathogen causes huge losses in cereal production.

In the case of wheat, for example, the fungus can reduce the harvest by up to 45%. But triticale fields were infected for the first time in 2001, and mildew is now being reported in many triticale growing regions in Europe.

Comparison of the mildew genome confirms: The new form is a hybrid

Researchers from the University of Zurich have now examined how the mildew managed to spread to triticale. To do this, they collected samples from infected grain fields all over Europe and examined the genetic information of different forms of mildew.

Evolution of the pathogen reflects the development of the host plant

This means that a hybrid from two mildew variants specialized in two different host plants can infect the cross between those two host plants. The study thus shows the manner in which mildew adapts to new host plants in a co-evolutionary way and can break down their resistance. The study also reveals that this recent evolutionary event was not a one-off occurrence.

Around 10,000 years ago, mildew overcame the resistance of bread wheat, which was relatively new at the time, in the same way. “These results are of major significance for treating and preventing plant diseases. The more we know about the evolutionary mechanisms of mildew, the better we can keep new cultivated plants resistant to the pathogens”, explains Thomas Wicker from the Institute of Plant Biology at the University of Zurich.