Fungi as food source for plants: Biologists of the University of Bayreuth publish surprising findings 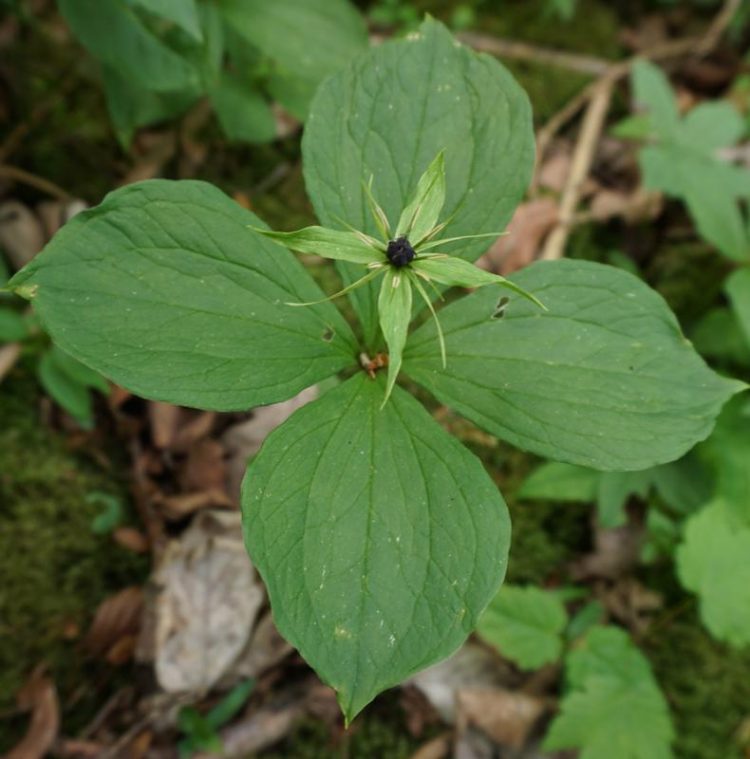 The research results show that the ecological importance of fungi is still considerably underestimated. “If it is confirmed that far more plant species than previously known obtain part of their organic nutrients from fungi, fungi will be shown to have a major impact on the biodiversity and function of ecosystems.

Programmes and measures in nature conservation and environmental protection should therefore also increasingly consider fungi”, says Philipp Giesemann M.Sc., the lead author of the study, who is currently doing his doctorate in biology at the University of Bayreuth and has been awarded a scholarship from the Elite Network of Bavaria (ENB).

Well over 90 percent of all plant species are linked to fungi via their underground root systems. Such a symbiosis of plants and fungi is called “mycorrhiza”. Very often it is advantageous for both partners: While fungi supply the plant with minerals and water, the plant supplies local fungi with carbonaceous nutrients it has previously produced by photosynthesis.

However, it also happens that plants “unfairly” exploit the fungi cross-linked with them. They then extract organic nutrients from their fungal partners instead of producing them themselves through photosynthesis. These nutrients have been transferred from trees to fungi, for example, and are now being tapped by a third plant using an underground root network.

Such plants are therefore called “mycoheterotrophs”. The best known example are the orchids: Because they can be partially or completely fed by fungi via underground root networks, they are not exclusively dependent on photosynthesis. Hence, they can thrive even in the darkest forests.

However, of the 80 per cent of all green plant species that utilize a form of mycorrhiza, researchers have up to now assumed it to always involve “fair” exchange relationships between plants and fungi. In this “arbuscular mycorrhiza” – so it was believed – the green plants are always completely autotrophic partners, producing vital organic nutrients themselves and partially releasing them to their fungal partners. But the studies on Paris quadrifolia now published refute this general assumption. The Bayreuth researchers were able to prove beyond doubt that this plant obtains part of its carbon-rich nutrients from fungal partners.

“This finding could have far-reaching consequences for botany”, explains the Bayreuth biologist Prof. Dr. Gerhard Gebauer, who coordinated the research work. “This is because experts distinguish between two forms of arbuscular mycorrhiza, each of which is used by about 40 percent of all plant species. In a sense, Herb Paris is considered a model for one of these two forms of plant symbiosis with fungi.

In this respect, it is a prototype for far more than a third of all plant species. This raises the question of whether the number of plant species living at the expense of fungi is possibly much higher than previously thought. We have already discovered that another plant utilizing arbuscular mycorrhiza, the wood anemone, also enjoys a mycoheterotrophic way of life,” said the biologist from Bayreuth.

In parallel, the researchers have also carried out analogous investigations on Arum maculatum, also known as Cuckoo Pint or Wild Arum. This plant is regarded as a prototype for the second form of arbuscular mycorrhiza, which is preferred by numerous agricultural crops. It behaves in a clearly autotrophic way and supplies itself by photosynthesis with all the carbonaceous nutrients it needs.

The research results on the mycoheterotrophic lifestyle of Herb Paris are based on isotope studies. It has long been known that plants supplied with carbon and nitrogen by fungi have a comparatively high proportion of heavy carbon, hydrogen, and nitrogen isotopes. In autotrophic plants the proportion of these isotopes is lower. The Laboratory for Isotope Biogeochemistry at the Bayreuth Center for Ecology and Environmental Research (BayCEER) is specialized in determining nutrient fluxes within ecosystems using isotopes.