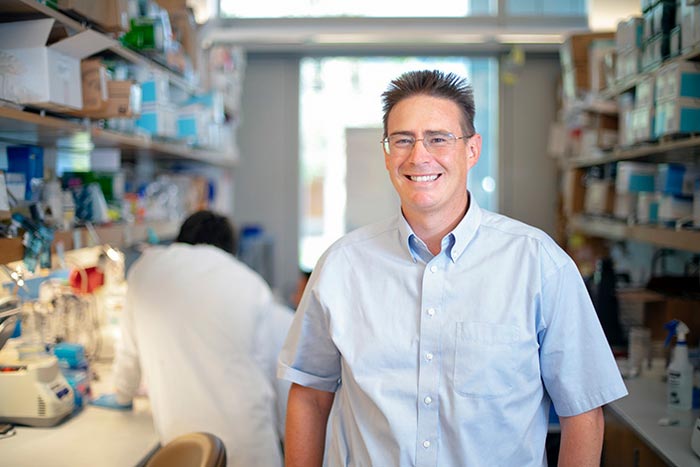 Poorly understood compared to bacteria and viruses, the new work opens the door to using tell-tale fungi as a diagnostic, prognostic and therapeutic tool.

An international team of scientists, co-led by researchers at the University of California San Diego School of Medicine, has created the first pan-cancer mycobiome atlas — a survey of 35 types of cancer and their associated fungi.

The findings are published September 29, 2022 in the journal Cell.

Cancer cells and microbes have a long and enduring association. Both have coevolved within the ecosystems of the human body, often relying on the same resources. Competition for these resources often affects the replication and survival of cancer cells, microbes and the human host.

The association between cancer and individual microbes has long been studied case-by-case, but much recent attention focuses on the whole human microbiome, particularly in the gut, which houses more — and more diverse — communities of bacteria, viruses and fungi than anywhere else in or on the human body.

However, the roles and influence of cancer-associated fungi remain largely unstudied and unknown. Fungi are more complicated organisms than viruses and bacteria. They are eukaryotes — organisms with cells containing nuclei. Their cells are much more similar to animal cells than to bacteria or viruses.

“The existence of fungi in most human cancers is both a surprise and to be expected,” said Rob Knight, PhD, professor in the departments of Pediatrics at UC San Diego School of Medicine and Bioengineering and Computer Science at UC San Diego Jacobs School of Engineering, Wolfe Family Endowed Chair in Microbiome Research at Rady Children’s Hospital-San Diego and co-founder of Micronoma, a San Diego-based company developing microbial biomarkers in blood and tissues to diagnose and treat cancers.

“It is surprising because we don’t know how fungi could get into tumors throughout the body. But it is also expected because it fits the pattern of healthy microbiomes throughout the body, including the gut, mouth and skin, where bacteria and fungi interact as part of a complex community.”

Fungi found on the human body come in two main types: environmental fungi, such as yeasts and mold that generally pose no harm to most healthy people, and commensal fungi, which live on or inside the human body and may be harmless, provide a benefit such as improving gut health or contribute to disease, such as yeast infections or liver disease. Fungi also play a role in shaping host immunity, for better or worse, which looms large in immunocompromised persons, including cancer patients.

The new study characterizes the cancer mycobiome — fungi linked to cancers — in 17,401 samples of patient tissues, blood and plasma across 35 types of cancer in four independent cohorts. The researchers found fungal DNA and cells in low abundances across many major human cancers, with differences in community compositions that differed among cancer types.

“The finding that fungi are commonly present in human tumors should drive us to better explore their potential effects and re-examine almost everything we know about cancer through a ‘microbiome lens,’” said co-corresponding author Ravid Straussman, MD, PhD, a principal investigator at Weizmann Institute of Science.

Analyses that compared fungal communities with matched bacteriomes (the bacterial component of the microbiome) and immunomes (genes and proteins constituting the immune system) revealed that the associations between them were often “permissive,” rather than competitive.

For example, one species of fungi was found to be enriched in breast cancer tumors of patients older than 50 years while another species was notably abundant in lung cancer samples.

The researchers said there were significant correlations between specific fungi and age, tumor subtypes, smoking status, response to immunotherapy and survival measures. Whether the fungi are simply correlated or causally associated remains to be determined.

“These findings validate the view that the microbiome in its entirety is a key piece of cancer biology,” said study co-author Gregory Sepich-Poore, PhD, co-founder and chief analytics officer at Micronoma, “and may present significant translational opportunities, not only in cancer detection, but also in other biotech applications related to drug development, cancer evolution, minimal residual disease, relapse and companion diagnostics.”

Journal: Cell
DOI: 10.1016/j.cell.2022.09.005
Article Publication Date: 29-Sep-2022
COI Statement: Rob Knight, with Gregory Sepich-Poore, are inventors on a US patent application submitted by The Regents of the University of California and licensed by Micronoma for methods of diagnosing and treating cancers using microbial biomarkers. They are co-founders and hold equity interest in Micronoma. Additionally, Knight is a member of the scientific advisory board for GenCirq and holds equity interest in GenCirq. Additional author disclosures listed in full paper.