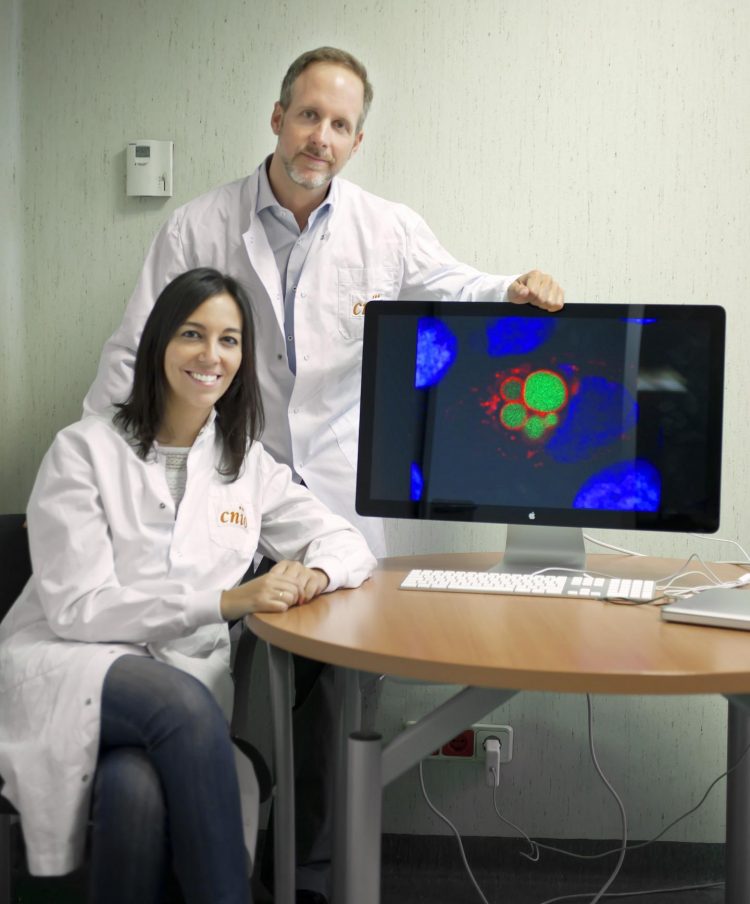 Tumours are mosaics of cells that are morphologically and molecularly very different. In this cellular heterogeneity, it is calculated that only 1-2% of the tumour mass is made up of cancer stem cells, which over the past years have been suggested to be responsible for the origin of cancer and for the resistance to conventional chemical therapies.

This small percentage of cancer stem cells in a solid tumour makes it difficult to isolate and analyse them, as well as to study the origin of drug resistance.

Researchers from the Spanish National Cancer Research Centre (CNIO) have discovered and characterised a new specific marker for cancer stem cells: riboflavin, or vitamin B2, a pigment that emits green fluorescence as a result of its accumulation inside intracellular vesicles. This light emission property, acts to track, isolate, and later purify it, without the need for antibodies or other more costly and complex techniques.

Results from the research, headed by scientists Irene Miranda, Bruno Sainz and Christopher Heeschen, are published today in the journal Nature Methods.

“The discovery of this new marker is a breakthrough, as it can select for tumour stem cells, which are the most invasive and chemical-resistant cancer cells. Autofluorescence allows these cells to be tracked in an easy, simple and inexpensive way, as well as to study the origin of the tumours' chemical resistance,” states Irene Miranda, the article's first author.

“Normally, we only see the leaves of the tree represented by tumours, but we cannot make out the roots [the cancer stem cells], which are the true responsible parties for the progression and growth of tumours,” illustrates Miranda.

Cells shining, thanks to a vitamin

The discovery −which was carried out in several types of tumours, including samples from patients with pancreas, liver, colon and lung cancer− raises a question: why do tumour stem cells accumulate vitamin B2?

In the article, researchers show that this is due to an increase in ABCG2, the protein responsible for the transport of vitamin B2 into intracellular vesicles, conferring luminosity to the cells. The factors behind this phenomenon are yet to be determined.

Despite unknowns regarding its nature, autofluorescence could help to launch future approaches in personalised medicine and to develop more effective anticancer treatments. “We will now be able to isolate autofluorescent cells from a biopsy and to test their sensitivity in a panel of experimental or marketed drugs,” affirm Sainz and Heeschen. “In this way, we want to accelerate the identification of new drugs or their use in combination, in order to specifically destroy the patient´s cancer stem cells,” says Sainz.

The study was funded by the European Union, the National Institute of Health Carlos III, the Spanish Ministry of Economy and Competitiveness and the “la Caixa” Foundation.