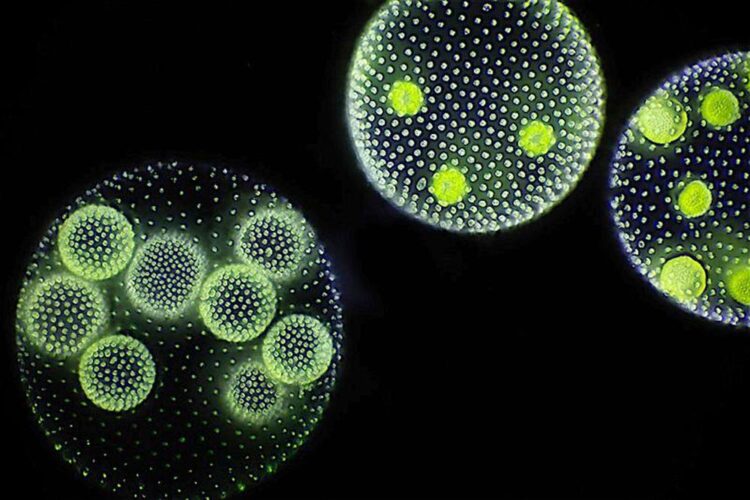 Vanessa Ress (University of Hamburg), Arne Traulsen (Max Planck Institute for Evolutionary Biology, Plön) and Yuriy Pichugin (Princeton University, USA) now present a new model that takes into account the ecological competition between the individual life cycles – a project that started in Vanessa Ress’ master’s thesis supervised by Dr. Pichugin. The model shows that the result of evolution can be coexistence between several life cycles, which would be impossible without competition. Likewise, the research shows that models that neglect this competition can capture short-term dynamics but fail to predict evolution at the population level.

Multicellular organisms such as animals, plants, fungi or red and brown algae are often formed by their cells staying together after cell division – unlike unicellular species where the cells separate before the next division. Organisms must, however, reproduce, otherwise their species will become extinct. For a multicellular organism, this means that some cells must migrate to develop into a new individual.

The combination of growth and reproduction of an organism forms a clonal life cycle. The emergence of clonal multicellular life cycles was the central innovation in the earlier stages of multicellularity evolution. There, characteristics that do not exist at all in unicellular species become crucial to the long-term success of even the most primitive cell colony. These include the number of cells in the colony, the frequency with which cells migrate to form new colonies, the size of the germ cells released and the number of germ cells produced.

Since reproduction, and thus the fitness of simple cell colonies, depends on these characteristics, they are immediately subject to natural selection, which favours some life cycles over others.