Home / Life Sciences and Chemistry / Even thermally tolerant corals are in hot water when it comes to bleaching
02.12.2015 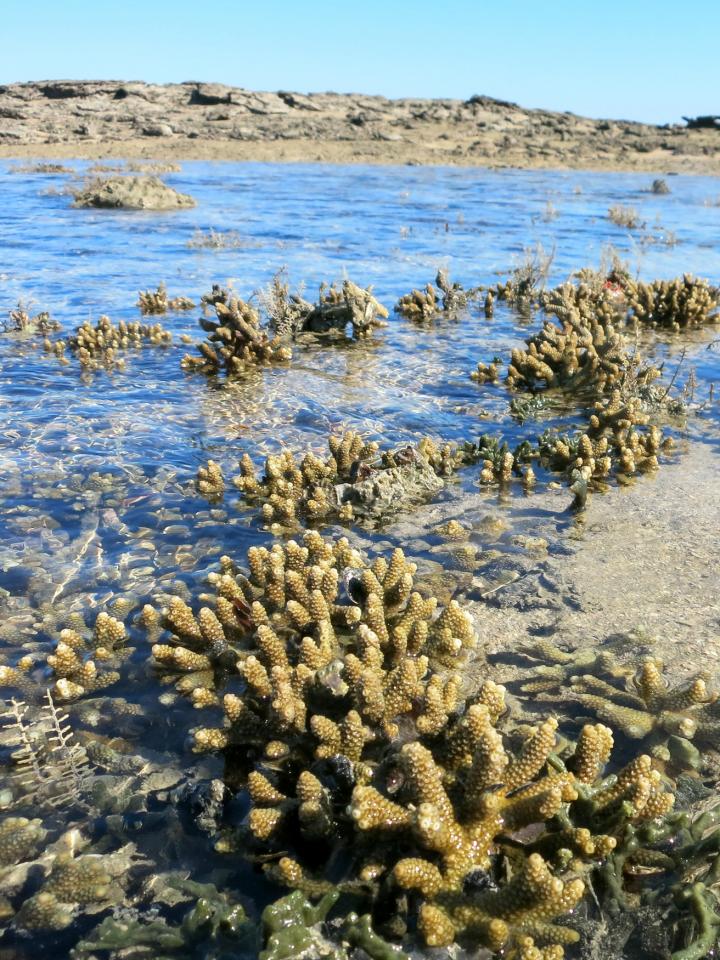 Coral bleaching happens when sea temperatures rise, causing the breakdown of the symbiosis between coral and their zooxanthellae (the microscopic plants which gives coral most of its colour), which can be fatal for the coral.

Study lead author, Dr Verena Schoepf from the ARC Centre of Excellence for Coral Reef Studies (Coral CoE) at the University of Western Australia's Oceans Institute says the researchers were surprised to find that corals around the Kimberley region in north Western Australia are just as sensitive to heat stress and bleaching as their counterparts from less extreme environments elsewhere.

“We found that exceeding their maximum monthly summer temperatures by 1 degree Centigrade for only a few days is enough to induce coral bleaching,” Dr Schoepf says.

“We were surprised because under normal conditions, Kimberley corals can tolerate short-term temperature extremes and regular exposure to air without obvious signs of stress.”

With up to 10m tides, the Kimberley region has the largest tropical tides in the world, creating naturally extreme and highly dynamic coastal habitats that corals from more typical reefs could not survive.

“Unfortunately the fact that Kimberley corals are not immune to bleaching suggests that corals living in naturally extreme temperature environments are just as threatened by climate change as corals elsewhere,” says Dr Schoepf.

“We found that both branching and massive corals exposed at low tide coped better with heat stress than s corals from deeper water,” says co-author Professor Malcolm McCulloch from the Coral CoE.

“However this doesn't mean that they are immune to bleaching,” Professor McCulloch says.

The research, which was carried out in partnership with the Western Australian Marine Science Institution, also found that massive corals had a better chance of surviving and recovering from bleaching than branching corals.

The current strong El Nino weather pattern in the Pacific puts many coral reefs at risk of severe bleaching, and recent weather predictions show that the Kimberley region might be particularly affected in 2016.

“With the third global bleaching event underway, it has never been more urgent to understand the limits of coral thermal tolerance in corals,” says Professor McCulloch.

Co-authors on the study also included Dr Michael Stat from the Trace and Environmental DNA (TrEnD) Laboratory at Curtin University and Dr James Falter from the Coral CoE at the University of Western Australia.