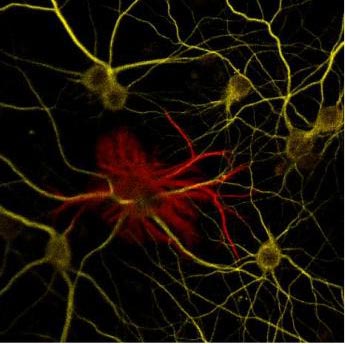 Hypoxia is a key factor that accompanies most brain pathologies, including ischemia and neurodegenerative diseases. Reduced oxygen concentration results in irreversible changes in nerve cell metabolism that entails cell death and destruction of intercellular interactions. Since neural networks are responsible for the processing, storage and transmission of information in the brain, the loss of network elements can lead to dysfunction of the central nervous system and, consequently, the development of neurological deficiency and the patient's severe disability.

This is the reason why the world's neurobiological community is currently involved in an active search for compounds that can prevent the death of nerve cells and support their functional activity under stress.

According to Maria Vedunova, Director of the Institute of Biology and Biomedicine at Lobachevsky University (UNN), the Institute's researchers propose to use the body's own potential to combat hypoxia and its consequences.

“Our particular interest is in the glial cell line-derived neurotrophic factor (GDNF). These signal molecules take an active part in the growth and development of nerve cells in the embryonic period, and they are also involved in the implementation of protective mechanisms and adaptation of brain cells when exposed to various stressors in adulthood,” Maria Vedunova notes.

By applying advanced techniques for the study of the structure and functional activity of brain neural networks, a team of researchers from the Lobachevsky State University of Nizhny Novgorod and from the Institute of Cell Biology and Neurobiology at the Charité University Hospital in Berlin have shown that activation of the neurotrophic factor GDNF prevents the death of nerve cells and helps to maintain neural network activity after hypoxic injury. Of particular significance are the data that identify key players in the molecular cascades responsible for the implementation of the GDNF protective effect, namely, the RET, AKT1, Jak1 and Jak2t enzyme kinases.

“Thanks to the results already obtained, Lobachevsky University scientists have significantly advanced in developing the theoretical basis for a new method for correcting the hypoxic conditions of the central nervous system. The next stage of the work will be focused on studying the possibility of neurotrophic factor GDNF activation in experimental animals in a simulated hypoxic damage,” continues Maria Vedunova.

It was shown by the researchers that activation of the glial cell line-derived neurotrophic factor helps protect brain cells from death during hypoxic damage and maintain the function of neural networks in the long term after the damaging effects.

A thorough understanding of the principles of work of neural networks subjected to hypoxic damage and of the protective action mechanisms of biologically active molecules of the body (the neurotrophic factor GDNF) can provide the basis for developing an effective method for correcting various CNS pathologies developing under oxygen deficiency.

The obtained results are of a fundamental nature, but they can be an important element in the comprehensive research aimed at developing new methods of diagnosis and treatment of CNS hypoxic conditions, which undoubtedly has great commercial potential.

This research was supported by a grant from the Russian Science Foundation, and the intermediate results of studies were published in the journal Oxidative Medicine and Cellular Longevity (journal impact factor 5.392): https://www.hindawi.com/journals/omcl/2019/1036907/