Home / Life Sciences / Each tropical tree species specializes in getting the nutrients it needs
06.08.2018

Each tropical tree species specializes in getting the nutrients it needs 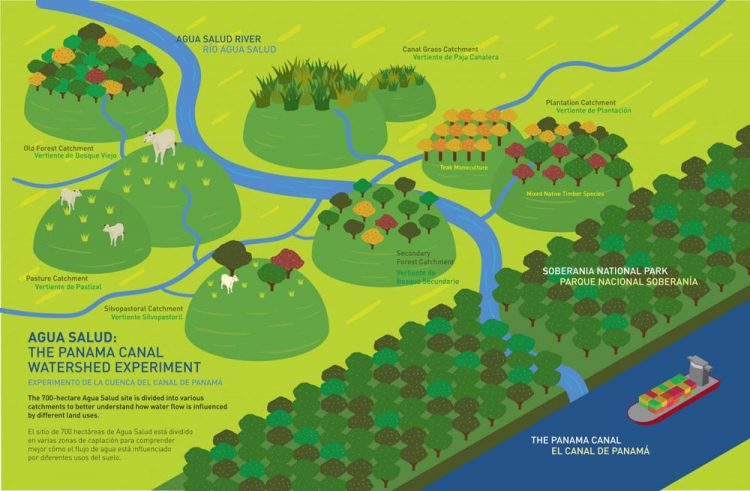 Tropical soils may be rich in nitrogen, but poor in phosphorus useable by plants. Many tropical tree species–usually in the bean (legume) family–have nodules on their roots formed by bacteria to capture nitrogen gas from the air and convert it into nitrogen useful for growth and carbon storage.

Hall and colleagues realized that the landscape-scale experiment designed to find out how tropical trees store carbon, affect the water supply and conserve biodiversity, would be the perfect place ask this question, because, unlike in natural forests, there are enough individuals of each species to be able to generalize about how they behave. The team compared between six and 13 individual trees in each of four nitrogen-fixing and three non-nitrogen fixing species to produce phosphatase.

“I think about trees as individuals, as active decision makers, communicating and exchanging materials, choosing one strategy over another,” said Sarah Batterman, first author of this study and associate professor and Natural Environment Research Council Independent research fellow at the University of Leeds, UK. “Overall, nitrogen-fixing trees produced more phosphatase, but non-nitrogen fixers did too, sometimes as much as nitrogen fixers, showing the diversity of strategies out there.”

“We were hoping to find evidence for the nutrient trading hypothesis–that nitrogen fixers invest in nitrogen-rich phosphatase enzymes, which would resolve the paradox of why there are more nitrogen-fixing trees in these nitrogen-rich tropical forest soils,” Batterman said. “But we didn't find any across-the-board support for this hypothesis. So then we considered the nutrient balance hypothesis–that trees adjust their nutrient-capture strategies to satisfy their needs–fixing more nitrogen in nitrogen-poor soils, making more phosphatase in phosphorus-poor soils. We didn't find across-the-board support for this, either.”

“An important finding of this study is that high phosphatase activity is not restricted to nitrogen-fixing trees, but varies markedly among both legumes and non-legume species,” said Ben Turner, co-author and director of the STRI Soils Laboratory.

“The exciting thing is that now we can apply what we learned about basic biological processes to reforestation efforts to maximize carbon capture and mitigate climate change,” Batterman said. “Now we know which tree species may be better at accessing phosphorus, which may be better at getting nitrogen and, most importantly, that biodiversity is critical for reforestation projects.”

The Agua Salud Project, a collaboration between STRI, the Panama Canal Authority and Panama's Ministry of the Environment (MiAmbiente). Native species plantations are part of the Smart Reforesation, BiodiversiTREE and TreeDivNet programs.

The Smithsonian Tropical Research Institute, headquartered in Panama City, Panama, is a unit of the Smithsonian Institution. The Institute furthers the understanding of tropical biodiversity and its importance to human welfare, trains students to conduct research in the tropics and promotes conservation by increasing public awareness of the beauty and importance of tropical ecosystems. Website. Promo video.