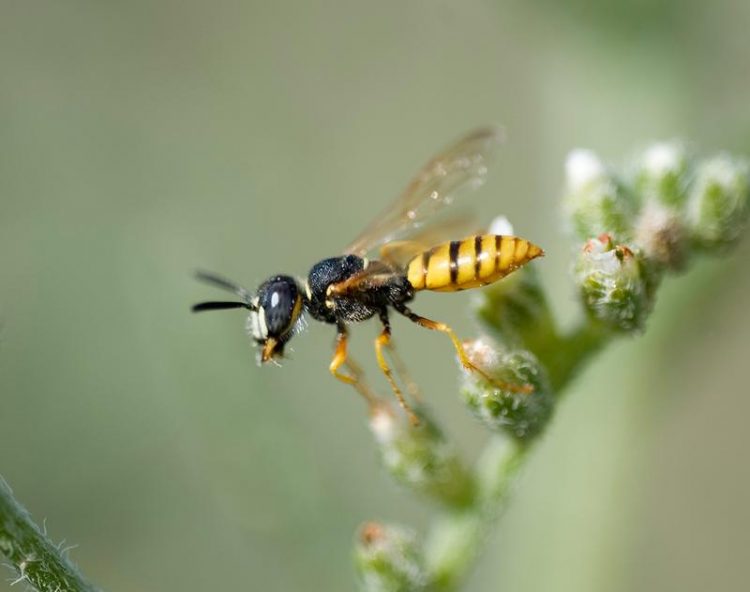 Of the 661 examined wasp species 578 species occur in Europe, and 240 of them occur also in Germany. With the current DNA barcoding study, almost 90% of German digger wasps now have DNA barcodes.

“This is the world’s first comprehensive genetic catalogue of this group of animals. They are closely related to the wild bees and are of great importance in the natural environment as natural antagonists of pest insects” explains Christian Schmid-Egger, first author of the digger wasp study.

“Many digger wasps feed their larvae with aphids, bugs or other harmful organisms,” says the researcher. DNA barcode releases on other wasp groups will follow and shortly it will be possible to identify all bees and wasps in Germany by their DNA barcode.

Almost 4,000 specimens were evaluated by the scientists for the study. “Through such studies of the more prominent representatives of the local fauna we also capturing the many inconspicuous, little-known species for the first time, and discover and characterise thousands of new species in Germany,” says Dr. Stefan Schmidt, project manager and responsible for the Hymenoptera in the DNA barcoding project of the ZSM.

The DNA sequencing took place within the projects “Barcoding Fauna Bavarica” ​​and “German Barcode of Life”. In these projects, the researchers from Munich identify genetic characteristics of all Bavarian or German animal species and make them freely available to experts and the public in an online library. The project is part of the “International Barcode of Life” project based in Canada. It has the ambitious goal of genetically detecting all animal species worldwide.

So far, the Munich researchers have generated barcode sequences of about 50,000 animal species worldwide. The Zoologische Staatssammlung München has contributed around a quarter of a million samples to the international project, making it a leader in Europe. In the Hymenoptera (bees, wasps and ants), the ZSM is even far ahead in the world.

“So far, we have been able to obtain barcodes of about half of the German Hymenoptera”, explains Stefan Schmidt, adding: “Being able to determine species quickly and reliably using DNA barcodes will be of crucial importance for future research projects that aim to shed light on the causes for the general decline of insects. ”

The Zoologische Staatssammlung München houses more than 22 million zoological objects and, as part of the Bavarian Natural History Collections, is among the world’s largest natural history collections. The ZSM’s DNA barcoding projects receive financial support from the Bavarian State Ministry for Science and the Arts and the Federal Ministry of Education and Research.