Discovering the secrets of the enigmatic caspase-6 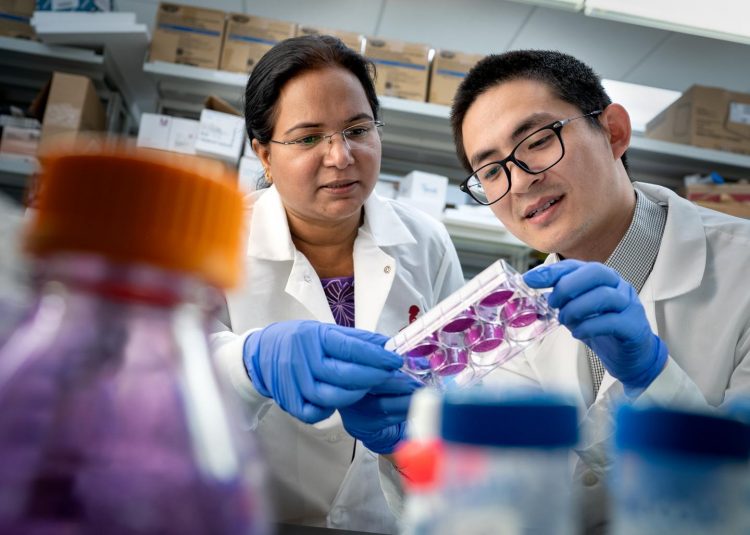 Modulation of caspase-6 could be beneficial for treating viral diseases like influenza and other inflammatory diseases including cancer. The work appears as an advance online publication today in Cell.

Caspases are a family of enzymes that regulate programmed cell death (how a cell self-destructs), inflammation and other biological functions. Caspase-6 has previously been characterized as an executioner caspase in a non-inflammatory form of cell death called apoptosis. Caspase-6 has also been linked to neurological disorders like Alzheimer's disease and Huntington disease.

However, the full range of the enzyme's function was not well understood. Now, researchers have discovered for the first time how caspase-6 regulates the ZBP1-NLRP3 inflammasome.

“We contributed to the fundamental understanding of caspase-6, which has remained a mystery in the field for decades,” said senior author Thirumala-Devi Kanneganti, Ph.D., of the St. Jude Department of Immunology. “Caspase-6 has essential functions in innate immunity, inflammation and in driving PANoptosis.”

The Kanneganti laboratory previously was first to identify ZNA-binding protein 1 (ZBP1) as an innate immune sensor of influenza, an RNA virus. Their work also revealed that ZBP1 triggers inflammatory cell death in the form of pyroptosis, apoptosis and necroptosis, which together are known as PANoptosis.

PANoptosis is an inflammatory death pathway regulated by components of a structure termed the PANoptosome, which mediates cell death that cannot be assigned to any of the single cell death pathways described previously. In this study, the scientists found that caspase-6 played a critical role in this process.

“Caspase-6 deficiency in mice leads to increased susceptibility to influenza virus infection and higher levels of viral replication in the lungs,” said first author Min Zheng, Ph.D., of the St. Jude Department of Immunology. “It is likely that the caspase-6-mediated inflammatory cell death pathway is essential to fighting other viruses that activate similar innate immune pathways, potentially including other respiratory viruses.”

The discovery that caspase-6 is a key component in cell death processes has diverse implications for human health, suggesting that modulation of caspase-6 could be a beneficial approach to infectious and inflammatory disease treatment.

The other authors are Rajendra Karki and Peter Vogel, both of St. Jude.

St. Jude Children's Research Hospital is leading the way the world understands, treats and cures childhood cancer and other life-threatening diseases. It is the only National Cancer Institute-designated Comprehensive Cancer Center devoted solely to children. Treatments developed at St. Jude have helped push the overall childhood cancer survival rate from 20 percent to 80 percent since the hospital opened more than 50 years ago. St. Jude freely shares the breakthroughs it makes, and every child saved at St. Jude means doctors and scientists worldwide can use that knowledge to save thousands more children. Families never receive a bill from St. Jude for treatment, travel, housing and food — because all a family should worry about is helping their child live. To learn more, visit stjude.org or follow St. Jude on social media at @stjuderesearch.