Home / Life Sciences and Chemistry / Defense or repair: How immune cells are controlled during wound healing
08.12.2021 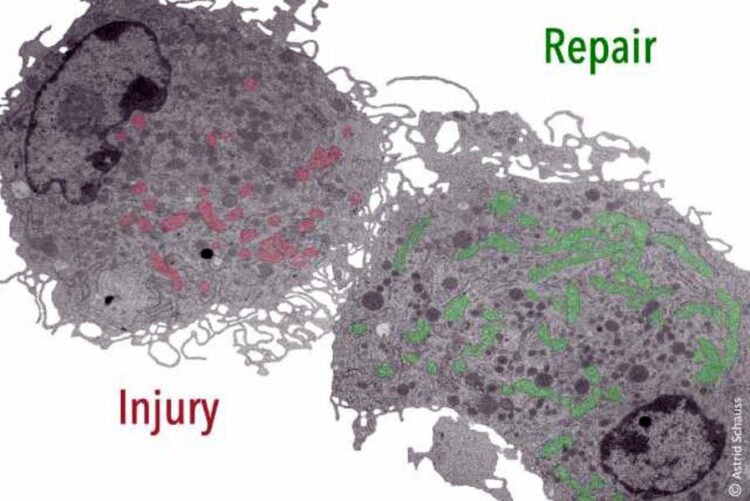 For the first time, scientists show a causal link between tissue repair, mitochondrial metabolism, and the activation and function of macrophages (scavenger cells) / Publication in ’Cell Metabolism’.

A Cologne-based research team has discovered that the metabolism of mitochondria, the energy suppliers of cells, in macrophages coordinate wound healing to a significant degree. Macrophages belong to the white blood cells and are also known as scavenger cells. Professor Dr. Sabine Eming and her collaborators and colleagues at the CECAD Cluster of Excellence for Aging Research at the University of Cologne showed that wound macrophages undergo different metabolic programs during tissue repair, which are required to support the successive phases for skin reconstruction after injury.

The article ‘Mitochondrial metabolism coordinates stage-specific repair processes in macrophages during wound healing’ has now been published in Cell Metabolism.

In the human body, macrophages can adopt different activation states. As pro-inflammatory macrophages in the early phase of wound healing, they kill bacteria or viruses and initiate a protective defense response. Reparative macrophages of late wound healing support the resolution of inflammation so that tissue can build up and equilibrium can be restored.

An unresolved question in macrophage biology is what signals are required for the transition from inflammatory to reparative macrophages. In the new study, Eming, senior physician at the Department of Dermatology and Venereology and research group leader at CECAD and the Center for Molecular Medicine Cologne (CMMC), and her team demonstrated a functional link between tissue repair, cell metabolism, and the activation and function of tissue-repairing macrophages. Changes in mitochondrial metabolism are the critical control mechanism for the different functions of macrophages during early and late wound healing.

In an animal model, the scientists studied the metabolism of macrophages in the early and late wound healing states. They found that sugar metabolism in the early phase is not sufficient to ensure productive repair. Using single-cell sequencing, the team discovered that a subpopulation of early-stage macrophages metabolizes reactive oxygen radicals produced in mitochondria as a byproduct of cellular respiration.

Eming and the team were able to show for the first time that the benefit of the reactive oxygen-containing molecules in early wound macrophages is essential to ensure the growth of blood vessels, and thus timely healing. In contrast, macrophages use a different type of mitochondrial stromal exchange mediated by specific receptors (IL-4Ra) for their anti-inflammatory and reparative functions in the late phase of wound healing.

‘Based on our results, it will be very interesting to understand whether disturbed mitochondrial stress in cells of the immune system contribute to aberrant inflammatory responses in the skin and pathological wound healing states,’ said Eming. ‘It will also be exciting to see if pharmacologic intervention in mitochondrial stress responses provides therapeutic benefit and facilitates the repair of injured tissue.’