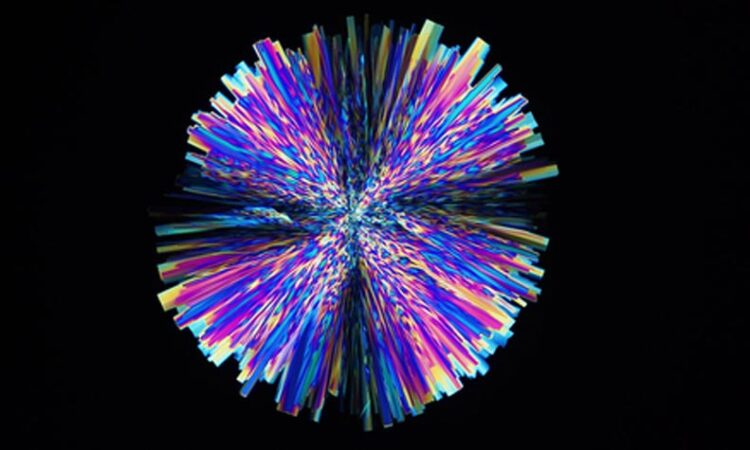 Scientists have developed seven crystal forms of imidacloprid—one of the world’s most widely used insecticides—in an effort to sharply reduce its environmental impact, according to a study published in the Journal of the American Chemical Society. The new forms work up to nine times faster than the original version, meaning a smaller amount can be used to control insects like infectious disease-transmitting mosquitoes, while reducing the chance of harm to other organisms, such as bees.

“By using modified forms of imidacloprid, we may have a sustainable strategy for improving the insecticide’s ability to control mosquito disease vectors while lessening the quantity needed,” said Bart Kahr, a professor of chemistry at NYU who studies crystal growth, and who led this research. “This provides a pathway to minimize exposure and harm to other organisms, as well as delay the onset of the development of resistance by mosquitoes, an urgency where malaria is endemic.”

Imidacloprid is part of the family of neonicotinoid insecticides, which act on the central nervous system of insects by binding to the same receptor as nicotine. When insects land on surfaces sprayed with imidacloprid, the insecticide molecules are absorbed from crystals through their feet, disrupting their nervous systems.

Imidacloprid is used in a variety of settings, from protecting crops to treating pets for fleas; it is also sprayed indoors and outdoors in public health applications. Unfortunately, the extensive use of imidacloprid in agricultural settings has been strongly implicated in the decline of bee colonies, which is troubling given the importance of pollinators for crops and flowers. While the European Union has banned the use of imidacloprid due to its acute toxicity to bees, it is still sold in the United States and is widely used in more than 100 other countries around the world.

“Given the widespread use of imidacloprid, we recognized the value in developing more active forms, which could be used in smaller amounts and hopefully spare pollinators,” said Michael Ward, professor of chemistry at NYU and a study author. “We’ve had similar success manipulating another insecticide, deltamethrin, to yield a more rapid crystal version.”

In the Journal of the American Chemical Society study, the researchers discovered seven new crystal forms of imidacloprid, adding to the two existing versions, one of which is used commercially. Researcher and study author Xiaolong Zhu created most of the new crystal forms by melting and cooling the commercial forms.

The researchers then tested three stable, new forms of imidacloprid on three types of disease-carrying mosquitoes (Aedes, which spread dengue, chikungunya, yellow fever, and Zika; Anopheles, which carry malaria; and Culex, which carry lymphatic filariasis) and fruit flies. All three forms of imidacloprid worked much more quickly than the commercial form, with one killing mosquitoes nine times faster. Insecticides that act quickly are important for rapidly controlling mosquitoes before they reproduce or continue spreading diseases and can reduce the likelihood of the development of insecticide resistance.

Notably, the most active form of imidacloprid shows promise for use outside the lab and in the field: its crystals were easy to prepare through heating and cooling and remained stable at room temperature. More active crystal forms tend to be less stable—often transforming into their more stable counterparts, which are less active as insecticides—but the fastest-acting version of imidacloprid persisted for at least six months.

“Imidacloprid is a highly concerning composition of matter, yet at the same time it is extremely popular. If regulators in North America will not prohibit it, simple interventions for minimizing environmental exposure may have value,” said Kahr. “A close study of crystal growth may provide a strategy for achieving the goals of preventing infectious diseases with imidacloprid while mitigating the possibility of the development of resistance.”

In addition to Ward, Kahr, and Zhu, the study authors include Chunhua T. Hu, Bryan Erriah, Leslie Vogt-Maranto, Jingxiang Yang, Yongfan Yang, Mengdi Qiu, Noalle Fellah, and Mark Tuckerman of NYU’s Department of Chemistry. The work was supported primarily by the New York University Materials Research Science and Engineering Center (MRSEC) program of the National Science Foundation under award number DMR-1420073 and partially by DMR-1708716. The NYU X-ray facility was also supported in part by the NSF (award No. CRIF/CHE-0840277).