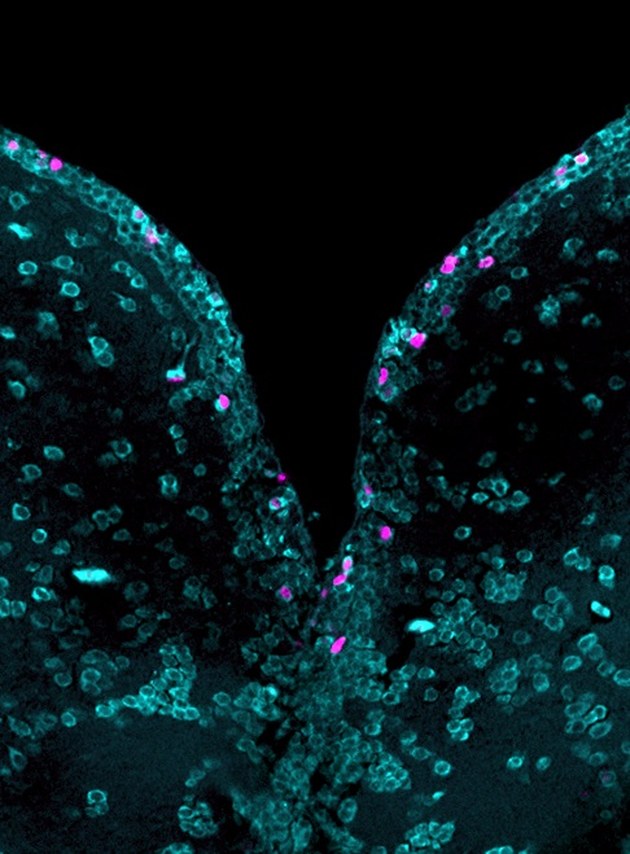 The zebrafish is a master of regeneration: If brain cells are lost due to injury or disease, it can simply reproduce them – contrary to humans where this only happens in the fetal stage.

However, the zebrafish is evolutionarily related to humans and, thus, possesses the same brain cell types as humans. Can a hidden regeneration potential also be activated in humans? Are therapies for stroke, craniocerebral trauma and presently incurable diseases such as Alzheimer's and Parkinson's possible?

Dresden scientists have succeeded in determining the number and type of newly formed neurons in zebrafish; practically conducting a “census” in their brains. Following an injury, zebrafish form new neurons in high numbers and integrate them into the nervous system, which is the reason for their amazing brain regeneration ability.

The study was conducted as a collaboration project “made in Dresden”: Scientists from the Center for Regenerative Therapies TU Dresden (CRTD) combined their expertise in stem cell biology with the latest methods from the DRESDEN-concept Genome Center and complex bio-informatic analyses from the Max Planck Institute for the Physics of Complex Systems and the Center for Systems Biology Dresden.

They have now published their results in the scientific journal DEVELOPMENT, which reports on topics of developmental, stem cell and regenerative biology.

For their study, the team led by Dr. Christian Lange and Prof. Dr. Michael Brand from the CRTD used adult transgenic zebrafish in whose forebrain they were able to identify the newborn neurons. The forebrain of the zebrafish is the equivalent to the human cerebral cortex, the largest and functionally most important part of the brain.

The Dresden research team investigated the newborn and mature neurons as well as brain stem cells using single cell sequencing. Thus, they discovered specific markers for newborn neurons and were able to comprehensively analyse which types of neurons are newly formed in the adult brain of the zebrafish.

The scientists discovered two types of neurons that can be newly formed: Projection neurons, which create connections between brain areas, and internal neurons, which serve to fine-tune the activity of the projection neurons. The researchers also investigated the data obtained from brain cell sequencing of mice and found that zebrafish and mice have the same cell types. This also makes these results highly relevant for humans.

“On the basis of this study, we will further investigate the regeneration processes that take place in zebrafish. In particular, we will study the formation of new neurons after traumatic brain damage and their integration,” explains Prof. Dr. Michael Brand, CRTD Director and senior author of the study.

“We hope to gain insights that are relevant for possible therapies helping people after injuries and strokes or suffering from neurodegenerative diseases. We already know that a certain regenerative ability is also present in humans and we are working on awakening this potential. The results of our study are also important for understanding the conditions under which transplanted neurons can network with the existing ones and thus could let humans re-gain their former mental performance.”

The CRTD at TU Dresden is the academic home for scientists from more than 30 nations. Their mission is to discover the principles of cell and tissue regeneration and leveraging this for recognition, treatment and reversal of diseases.

This study was funded by the TU Dresden / CRTD through the German Excellence Initiative and the German Research Foundation as well as through an ERC Advanced Grant from the European Research Council for Prof. Dr. Michael Brand. In addition, it was supported by the Max Planck Institute for Physics of Complex Systems, the Center for Systems Biology Dresden and the Center for Molecular and Cellular Bioengineering (CMCB) at the TU Dresden.