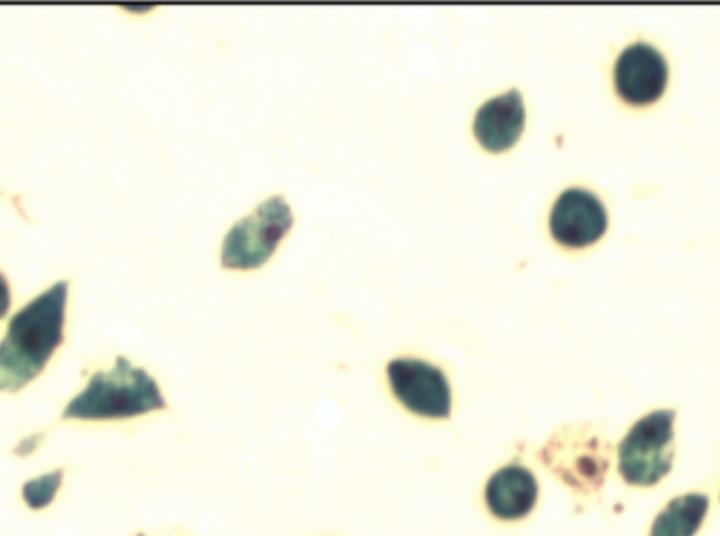 Researchers led by Carnegie Mellon University Professor of Biological Sciences Chien Ho have developed a new method for preparing mesenchymal stem cells (MSCs) that not only leads to the production of more native stem cells, but also labels them with a FDA approved iron-oxide nanoparticle (Ferumoxytol).

The technology could allow researchers to track the cells in vivo using magnetic resonance imaging (MRI) during preclinical and clinical trials. The findings are published by Scientific Reports.

Stem cells, with their ability to regenerate into a multitude of different cell types, show great promise for treating a number of diseases and injuries. Stem cells taken from a patient's own body are of particular interest, due to a decreased chance of rejection. These cells are most commonly harvested from the bone marrow, which contains two types of stem cells, hematopoietic and mesenchymal.

More than 360 registered clinical trials are using MSCs, but the results have been mixed, with some patients reacting well and others not responding to the stem cell treatment. To understand why these results can be so variable, researchers need to be able to track the stem cells as they migrate through the body to see if they reach and graft to the appropriate site. To do this, researchers could label the stem cells with a superparamagnetic iron-oxide (SPIO) contrast agent and image the patient using MRI.

Ferumoxytol is the only SPIO nanoparticle that has been approved by the FDA, but researchers have not been able to label MSCs with Ferumoxytol in cell culture (ex vivo) without the help of a transfection agent. Transfection agents are undesirable because they can change the cells' biology and inhibit their effectiveness. Furthermore, researchers have had difficulty culturing the large amount of cells needed for clinical dosing. Current methods also result in cells of different sizes and functionalities. Smaller, round cells are preferable because they show a higher capacity for regeneration and differentiation.

To surmount these problems, Ho and colleagues took advantage of the cell's natural ability to engulf and internalize Ferumoxytol in vivo. Ho's team developed a “bio-mimicry” method to create an environment in a petri dish that is much like the environment found inside the body. His team began by using traditional methods to extract cells from bone marrow, separate the MSCs from the other cells and expand the number of MSCs. His team then devised a new way to culture MSCs by introducing other cells from the bone marrow, mimicking the in-vivo environment. The resulting MSCs retain their optimal size and regeneration capabilities and can internalize Ferumoxytol for cell tracking. Because MSCs are multi-potent, this new methodology can prepare more native cells for applications in cell therapy and regenerative medicine.

Additional study authors include Li Liu, Lanya Tseng, Qing Ye and Yijen Wu from Carnegie Mellon's Department of Biological Sciences, and Daniel J. Bain from the Department of Geology and Environmental Science at the University of Pittsburgh. The research was funded by the National Institutes of Health's National Institute of Biomedical Imaging and Bioengineering (EB-001977).