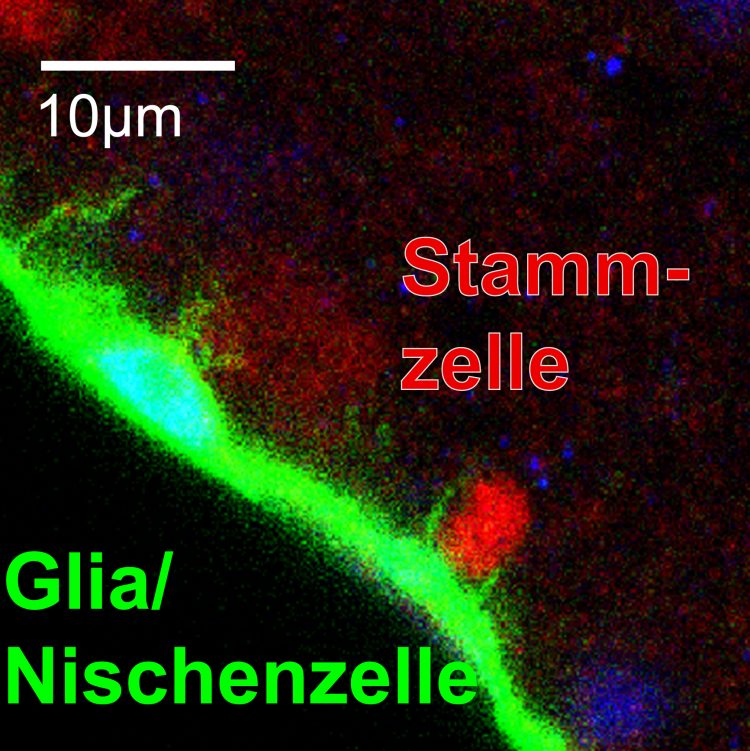 Neural stem cells are responsible for the formation of differentiated daughter cells in the developing brain. If no new cells are needed, the stem cells may enter a resting phase called quiescence. Biologists at Johannes Gutenberg University Mainz (JGU) have now discovered that the phases of quiescence in the Drosophila fruit fly central nervous system are controlled by the Hippo signaling pathway.

Drosophila serves as a model organism that helps geneticists to decode the molecular fundamentals of cellular biology and unravel mechanisms that are conserved in human beings and other vertebrates.

Stem cells are undifferentiated cells able to produce specialized cell types. In the development and growth phases or during regeneration, stem cells provide backup and can generate sizeable amounts of daughter cells. Disruptions to the process can, in turn, result in tumor formation or early depletion of the stem cell reservoir.

“In other words, the activity of stem cells needs to be precisely regulated to meet the needs of an organism. If no cell production is required, the stem cells remain in a quiescent state,” explained Dr. Christian Berger of the Institute of Genetics at Mainz University.

His work group has now been able to show how the resting phase is maintained in Drosophila neural stem cells. Protein interactions between niche glial cells and the stem cells activate the Hippo signaling pathway in the stem cells to repress growth and cell division.

“The resting phases need to be actively triggered and maintained,” added Berger. The Hippo signaling pathway, which is highly conserved up to humans, was known to play a critical role in organ size determination, like, for example, in the liver, but has not been demonstrated to influence neural stem cells in the central nervous system.

The experiments were performed using Drosophila larvae. At the beginning of larval life, neural stem cells in the larval nervous system are naturally quiescent. Once the larvae take up food, the stem cells are activated and begin to grow. The Mainz-based team of geneticists working with Dr. Christian Berger has now discovered that growth starts earlier if the Hippo signaling pathway is deactivated, meaning the resting phase can no longer be correctly maintained.

The final component in this long series of signal sequences is the Yorkie effector protein that is the decisive factor at the end of the Hippo signaling pathway and determines the start of reactivation, growth, and division in the stem cells.

“Our results with Drosophila exhibit surprising similarities in some respects to what we know about the regulation of resting phases in mammals, allowing for speculation as to whether the Hippo signaling pathway in neural stem cells functions in the same manner in both vertebrates and invertebrates,” stated the paper's first author Rouven Ding.

In order to strengthen the relevance of their results in mice, Berger's work group has started a joint project with Professor Benedikt Berninger of the Focus Program Translational Neurosciences (FTN) at the Mainz University Medical Center. Their findings may turn out to be important when it comes to research into cerebral cancer, since it is known that components of the Hippo signaling pathway, such as neurofibromin 2, are involved in the generation of brain tumors.