“Bouncer”, the gate-keeper of the egg, controls sperm entry 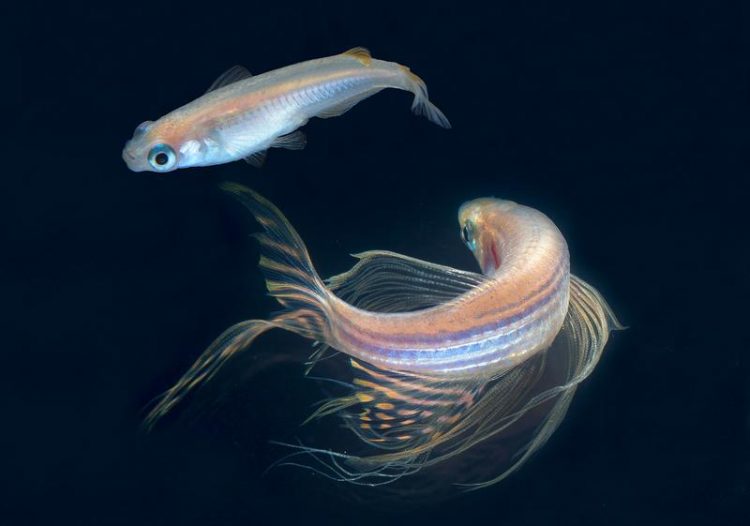 Fertilisation is a pivotal process underlying all sexual reproduction, yet its molecular mechanisms are poorly understood. Scientists at the Research Institute of Molecular Pathology (IMP) in Vienna have now identified a protein they called “Bouncer” as a crucial factor for sperm entry into the egg. Remarkably, this protein is sufficient to allow fertilisation between different species. The study is published in the current issue of the journal Science.

Fertilisation, the fusion of egg and sperm to form the single-cell zygote, is highly efficient yet species-restricted. This strategy ensures reproductive success and the survival of distinct species. However, it is far from understood how these seemingly contradictory requirements are met at the molecular level. Over the years, researchers have identified numerous proteins in vertebrates that seemed to play an essential role in fertilisation. However, the majority of them turned out to be dispensable.

IMP Group Leader Andrea Pauli and her team have turned to zebrafish to identify factors required for fertilisation. Of all the short, uncharacterised genes the group identified (Pauli et al., 2014), one clearly stood out: it was highly expressed in the fish egg, and similar genes were present in other vertebrates. Given its crucial function in ensuring that only the correct sperm can enter the egg, the authors named the gene ‘bouncer’ in analogy to the security guard at a bar.

Experiments with zebrafish revealed that Bouncer enables sperm to enter the egg by promoting stable egg-sperm binding. Thus, its function is essential for successful reproduction in zebrafish. Because the Bouncer homologs differ substantially among fish species, the researchers speculated that the protein might play a role in ensuring that only sperm of the correct species can enter the egg, thus preventing crossbreeding. To test this hypothesis, they constructed transgenic zebrafish that expressed the Bouncer homolog from the Japanese rice fish medaka.

Under natural conditions, the medaka cannot cross-hybridise with zebrafish. After all, the evolutionary paths of the two species diverged over 200 million years ago, long before the ancestral lines of humans and whales split up. Remarkably, when female zebrafish expressed the medaka Bouncer protein, their eggs could be fertilised by medaka sperm. The resulting embryos were medaka-zebrafish hybrids, meaning they contained DNA from both species. These hybrid embryos started to develop and underwent several rounds of cell division and gastrulation movements before dying, usually within two days.

These results demonstrate that Bouncer is necessary and sufficient for mediating species-specific fertilisation in fish. Like a security guard, the protein is decisive for allowing sperm of the same species to enter the egg, while keeping foreign sperm out – hence the chosen name. “Our study is the first report of a protein in any organism allowing entry of another species’ sperm”, says Sarah Herberg, a VBC PhD Student at the IMP and first author of the publication. She also points out that the results suggest the existence of a direct species-specific interaction partner of Bouncer on sperm. The identification of this interaction partner will be the next step towards understanding the mechanism behind Bouncer’s function.

Intriguingly, Bouncer also has a close homolog in humans, a gene called SPACA4. However, unlike in fish and other externally fertilising species such as amphibians, where Bouncer is expressed exclusively in the egg, humans and other internally fertilising species express SPACA4 in the male reproductive system. Whether the mammalian version of Bouncer has a similarly important role in fertilisation will be an exciting line of future investigation to uncover the molecular machinery that mediates this fundamental yet so poorly understood process.

About the IMP
The Research Institute of Molecular Pathology (IMP) in Vienna pursues world-class research in basic molecular biology. It is located at the Vienna BioCenter and largely sponsored by Boehringer Ingelheim. With over 200 scientists from 40 countries, the IMP is committed to scientific discovery of fundamental molecular and cellular mechanisms underlying complex biological phenomena. www.imp.ac.at

About Vienna BioCenter
Vienna BioCenter is a leading life sciences hub in Europe, offering an extraordinary combination of research, business and education in a single location. About 1,700 employees, 86 research groups, 20 biotech companies, 1,300 students and scientists from 70 countries create a highly dynamic and stimulating environment. www.viennabiocenter.org