Being all ear: Horseshoe bats use multiple streams of acoustic information simultaneously 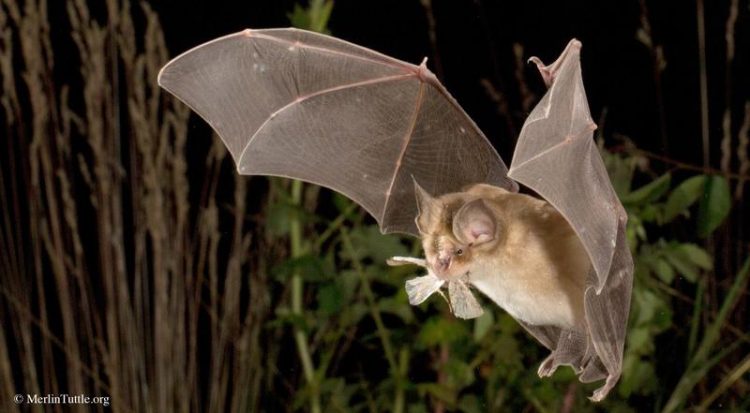 Bats depend on their echolocation system for foraging at night. They use the calls for spatial orientation and often also for detection and capture of their prey. So does the Greater Horseshoe bat, specialized to hunt for fluttering insects within dense vegetation.

For foraging, the bats continuously emit calls with long constant-frequency components. If these calls meet a fluttering insect, the echo obtains a rhythmic pattern caused by the up- and down-beating wings of the insect, which the bats use to recognize their prey.

However, this highly specialized echolocation system is both, spatially and temporarily severely limited: the stroboscopic and highly directional emission of the calls and the strong atmospheric attenuation of ultrasonic frequencies limits the space that can be probed.

Researchers of the Max Planck Institute for Ornithology in Seewiesen now found that the greater horseshoe bats employ passive hearing to initially detect and localize prey-generated and other environmental sounds, and then raise vocalization level and direct their calls on the sound source for further investigation.

Therefore, the animals are capable of processing multiple streams of acoustic information simultaneously and to use this capability for foraging and predator detection.

For the study, the researchers constructed an array of eight microphones in defined distance to a bats‘ perch in a flight room to measure the direction of the echolocation calls. Additionally, they installed three loudspeakers to play back noises of fluttering insects walking over dry leaves. The bats reacted to the noises of this simulated prey by actively directing their calls in this direction and by increasing their call intensity.

In addition to rustling noises of real insects, the researchers also played back rustling noises that had previously been electronically modified. “Contrary to our predictions, the bats also reacted to noises that obviously did not originate from a potential prey”, says Ella Lattenkamp, first author of the study.

„They still raised their vocal attention, probably to check if the noise originate from a predator”, she adds.

The passive hearing of prey noises is the phylogenetically older and less specialized way of foraging. „We presume that passive hearing supported the evolution of sensory specializations and is still compensating for their limitations”, says Holger Goerlitz, research group leader in Seewiesen.

How the simultaneous incoming passive and active auditory information is processed remains now an interesting question for a better understanding of the evolution of sensory systems.