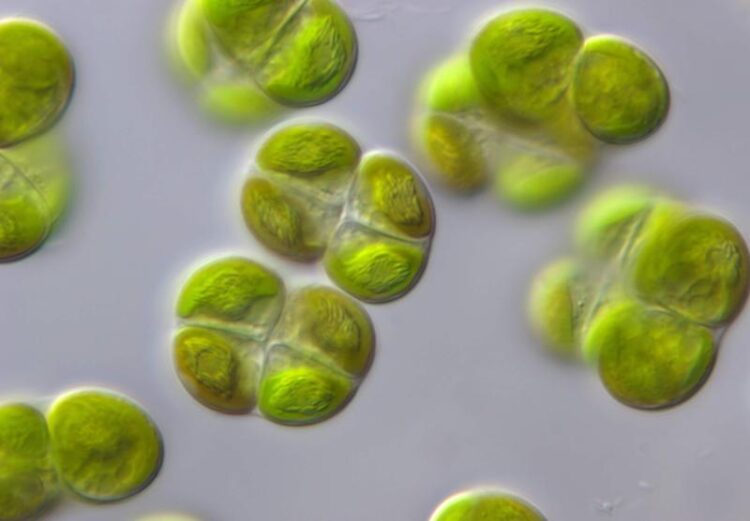 All land plants originated from a single evolutionary event when freshwater algae got a foothold on land, giving rise to an astonishing biodiversity of plants on earth. However, the group of algae that would later give rise to land plants had already been living and evolving in both freshwater and terrestrial habitats for over one billion years. There is a tiny group of these algae still living that are most distantly related to land plants. A team from the University of Göttingen honed in on one species of these rare algae, Chlorokybus,that forms “cell packages” and lives in wet soil and rock cracks. The researchers discovered that Chlorokybus contains not one, as previously thought, but at least five different species. The results were published in the Proceedings of the Royal Society B.

While small in number and vanishingly rare, these humble algae are valuable in terms of the evolutionary pathways they reveal. They diverged from land plants over a billion years ago, making them descendants of the ancient algal ancestor that also gave rise to modern land plants (and various other algae). The study started by tracking down and screening all known algae that can be assigned to Chlorokybus, including cultures from public algal collections and fresh samples obtained in Ukraine, Chile, and Costa Rica. “We even tried to collect Chlorokybus in the place where it was first described in the 1940s, living on a stone monument in the Schönbrunn Palace in Vienna. But we could not find it, probably because the monument had been recently restored,” says Dr Tatyana Darienko.

The researchers then conducted genetic analyses on the collected samples. The first analysis, based on just a few genes, showed marked genetic divergences among the various isolated algae. Hundreds of gene sequences obtained through large-scale genomic sequencing confirmed these unexpected results. This led the authors to recognize that there were actually five distinct species hiding under a single common name. These are called “cryptic species” to reflect the difficulty or impossibility of telling them apart by simple observation. In fact, traditional microscopy revealed no obvious differences between the five species. However, the genetic data told a different story: there were clear differences in gene expression, proving there were genetic differences among the species that are not observable to the naked eye.

Lead author Dr Iker Irisarri, University of Göttingen, explained, “The fact that these algae look so similar is a real surprise, given that some of these species might have diverged from each other over 70 million years ago! But the genetic data are unambiguous.” This study sheds new light into the biodiversity of a little studied algal group that occupies a key evolutionary position, being a close relative of land plants. This has important implications for our understanding of plant form and function. “Accounting for the real species diversity of this group of algae is paramount for ongoing comparative genomic studies that help explain the origin, adaptation and development of land plants and their algal relatives” says Professor Jan de Vries, University of Göttingen.