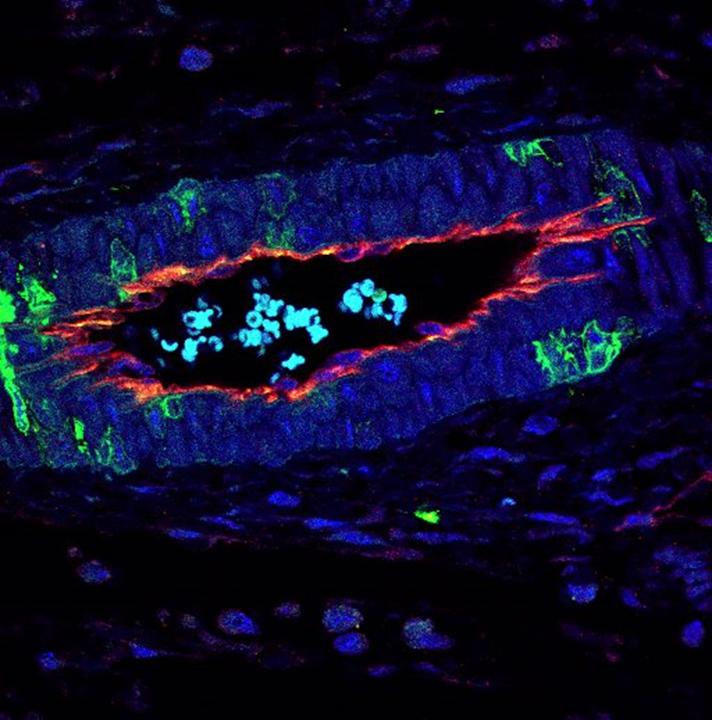 The team led by Ángel R. Nebreda, head of the Signalling and Cell Cycle Laboratory at IRB Barcelona, has shown that the activity of p38 is important in mesenchymal stem cells (MSCs), which show high plasticity and can localize around blood vessels.

These cells participate in various processes, such as tumour development, and this study unveils their relevance in the regulation of angiogenesis.

The activity of p38 in cancer cells had already been described. However, until now, little was known about the role of this protein in MSCs and even less about its involvement in angiogenesis.

The objective of this study was to examine the role of p38 in new blood vessel formation during tumorigenesis, in particular considering the contribution of MSCs.

In this regard, as explained by Nebreda, ICREA researcher at IRB Barcelona, the study demonstrates that “p38 represses angiogenesis by exerting its action specifically in MSCs. Using genetic mouse models, we show that the inhibition of p38 stimulates the formation of new blood vessels both in tumours and during the repair of damaged tissue”.

The conclusions of this study shed light on the mechanisms that regulate blood vessel formation and may have implications for the optimisation of chemotherapy-based cancer treatments, as well as for the treatment of diseases involving compromised angiogenesis.

“We hope that the biological knowledge that our work has generated can contribute to the development of more efficient therapies,” concludes Raquel Batlle, postdoctoral fellow at IRB Barcelona and first author of the study.

The research has been funded by the European Research Council, the Fundación Olga Torres, the Marató de TV3, the Ministry of Science, Innovation and Universities, and AGAUR (Agency for Management of University and Research Grants).