Home / Life Sciences / A simple mechanism could have been decisive for the development of life
23.05.2018 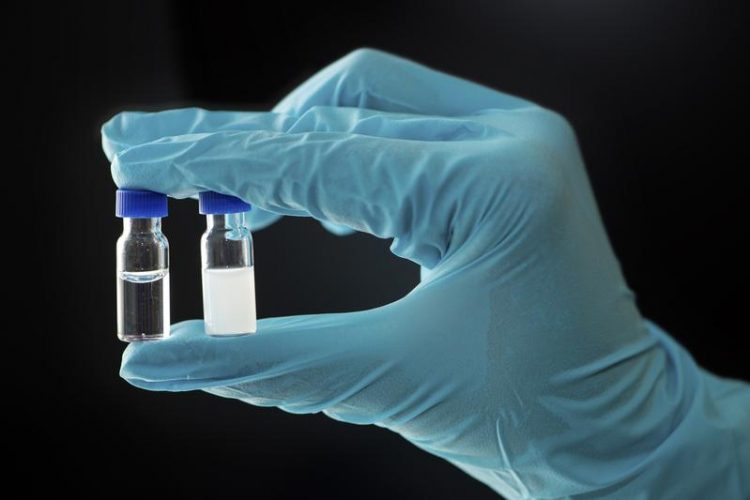 Life needs energy. Without energy, cells cannot move or divide, not even basic functions such as the production of simple proteins could be maintained. If energy is lacking, more complex connections disintegrate quickly, early life would die immediately.

Chemist Job Boekhoven and his team at TUM have now succeeded in using phase separation to find a mechanism in simple molecules that enables extremely unstable molecules such as those found in the primordial soup to have a higher degree of stability. They could survive longer, even if they had to survive a period without external energy supply.

The principle of simplicity

Job Boekhoven and his team were looking for a simple mechanism with primitive molecules that could produce life-like properties. “Most likely, molecules were simple in the primordial soup,” says Boekhoven. The researchers investigated what happens when they “fed” various carboxylic acid molecules with high-energy carbodiimide condensing agents, thus bringing them out of equilibrium.

The reaction produces unstable anhydrides. In principle, these non-equilibrium products quickly disintegrate into carboxylic acids again. The scientists showed that the anhydrides that survived the longest were those that could form a kind of oil droplet in the aqueous environment.

Molecules in the garage

The effect can also be seen externally: the initially clear solution becomes milky. The lack of water in the oil droplets is like a protection because anhydrides need water to disintegrate back into carboxylic acids.

Boekhoven explains the principle of phase separation with an analogy: “Imagine an old and rusty car: Leave it outside in the rain, and it continues to rust and decomposes because rusting is accelerated by water. Put it in the garage, and it stops rusting because you separate it from the rain.”

In a way, a similar process occurs in the primordial soup experiment: Inside the oil droplet (garage) with the long-chain anhydride molecules there is no water, so its molecules survive longer. If the molecules compete with each other for energy, again those that can protect themselves by forming oil droplets are likelier to survive, while their competitors get hydrolyzed.

Since the mechanism of phase separation is so simple, it can possibly be extended to other types of molecular aggregations with life-like properties such as DNA, RNA or self-dividing vesicles. Studies have shown that these bubbles can divide spontaneously. “Soon we hope to turn primitive chemistry into a self-replicating information carrier that is protected from decay to a certain extent,” says Boekhoven.

https://www.tum.de/nc/en/about-tum/news/press-releases/detail/article/34660/ Link to the press release