Home / Life Sciences / A new piece in the puzzle of how herpesviruses outwit the immune system
14.03.2018 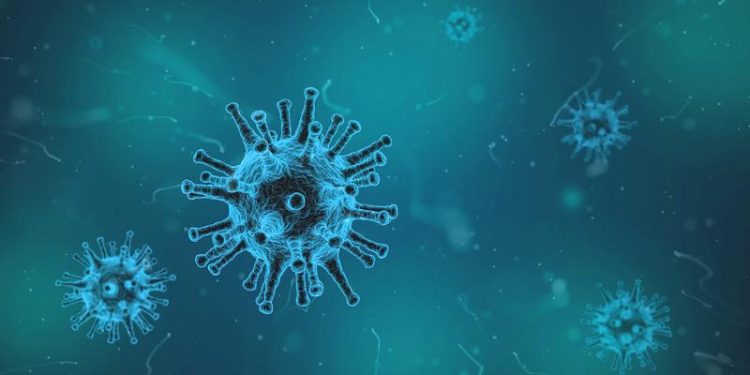 Humans are constantly exposed to pathogens like bacteria and viruses. In most cases, the immune system successfully detects and eliminates these invaders. However, the herpesvirus family has adapted brilliantly to the immune system: its members manage to stay in the host’s body for life after infection.

A research team at the Helmholtz Centre for Infection Research (HZI) recently discovered that a protein of the carcinogenic Kaposi’s sarcoma-associated herpesvirus (KSHV) commandeers an immune system component for its own benefit. This enables the virus to successfully infect its host. The researchers have published their results in the peer-reviewed journal PLOS Pathogens.

During his or her lifetime, every human being is infected with at least one of the nine human herpesviruses. In most cases, the immune system of healthy people keeps the infection under control and severe illness only rarely develops. Herpesviruses have adapted excellently to their host – they manipulate the immune system in many different ways and manage to remain in the host for life. If the immune system is weakened, herpesviruses can replicate and cause serious complications, including cancer.

So far, no vaccine against KSHV exists. The mechanisms used by this virus to manipulate its host and that lead to the development of cancer are also not fully understood. “To be able to successfully treat infections with this herpesvirus, we need to understand in detail how it controls our immune system”, says Prof Melanie Brinkmann, who leads the research group “Viral Immune Modulation” at the Helmholtz Centre for Infection Research (HZI) in Braunschweig, Germany and is a professor at the Hannover Medical School (MHH).

To gain insight into how KSHV escapes immune control, the Brinkmann research group has investigated a poorly understood protein of this virus, the protein ORF20. With mass spectrometric analysis, the researchers found that ORF20 forms a complex with a host protein of the innate immune defence system. “Normally, this host protein, known as OASL, is used to defend the host and has an antiviral function,” says Dr Kendra Bussey, a scientist in Brinkmann’s team and lead author of the study.

“However, we have now shown for the first time that OASL has a proviral function during KSHV infection – the presence of OASL favours progression of the infection, rather than stopping it.” Using genetically modified viruses, the scientists were able to show that OASL only has a proviral effect if the viral protein ORF20 is present. “This shows that KSHV can skillfully manipulate the host for its own benefit, beating the host with its own weapon, so to speak”, says Bussey.

Melanie Brinkmann and her team have carried out this research within the framework of a collaborative research centre (CRC900) funded by the German Research Foundation (DFG). In the future, in collaboration with researchers from the HZI and the MHH, they hope to gain further understanding regarding the cellular immune system control levers manipulated by KSHV to circumvent defences of the immune system. “This will provide us with new insights into the interaction between the virus and its host, and hopefully enable us to understand how this virus contributes to the development of cancer by manipulating the immune response”, says Brinkmann.

The press release and a picture are also available on our website: https://www.helmholtz-hzi.de/en/news_events/news/view/article/complete/a_new_pie…