A new giant virus found in the waters of Oahu, Hawaii 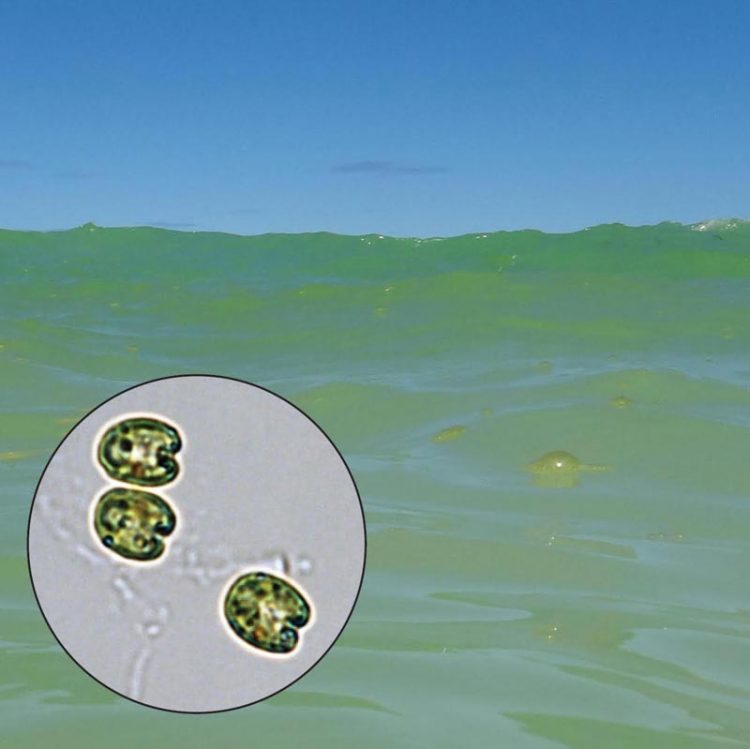 “Most people are familiar with viruses,” said Christopher Schvarcz, the UH Mānoa oceanography graduate student who led the project as part of his doctoral dissertation, “because there are so many that cause diseases in humans. But we are not alone; even the microscopic plankton in the ocean are constantly battling viral infections.”

Much of the phytoplankton that grows in the ocean every day gets eaten, thereby sustaining animals in the marine food web. It is common, however, for viral infections to spread through populations of phytoplankton. When this happens, the infected phytoplankton cells disintegrate and are decomposed by bacteria, diverting that food source away from the animals.

“That sounds bad,” said Grieg Steward, professor in the UH Mānoa Department of Oceanography and co-author on the study, “but viruses actually help maintain balance in the marine ecosystem. Viruses spread more efficiently through highly concentrated populations, so if one type of phytoplankton grows faster than the others and starts to dominate, it can get knocked down to lower levels by a viral infection, giving the other species a chance to thrive.”

Viruses have to replicate inside of cells, putting some constraints on how big they can be, but the known upper size limit of viruses has been creeping upward over the past 15 years as researchers have focused on finding more examples of what are now referred to as “giant” viruses.

“Most viruses are so tiny that we need an electron microscope to see them,” said Steward “but these giants rival bacteria in size, and their genomes often code for functions we have never seen in viruses before.”

The virus described by Schvarcz and Steward in their recent paper in the journal Virology was named TetV-1, because it infects single-celled algae called Tetraselmis. After sequencing its genome, Schvarcz discovered that the virus has a number of genes that it seems to have picked up from the alga it infects. Two of these appear to code for enzymes involved in fermentation, which is a process used by microorganisms to get energy from sugars in the absence of oxygen. Fermentation is familiar to many of us, because it is the key to making beer, wine, and spirits. Why would a virus need these genes? The authors don't know for sure, but they have a guess.

“Tetraselmis can grow to extraordinarily high concentrations in coastal waters,” explains Schvarcz, “turning the water from clear blue to an intense green. If TetV were to spread under those conditions, huge numbers of cells would succumb to viral infection. Bacteria would immediately begin decomposing the dead algae and quickly use up all the oxygen in the water. We think that the fermentation genes in TetV may allow the virus to maintain its energy flow under low oxygen conditions even as it shuts down the host cell systems.”

Schvarcz and Steward plan to conduct field and lab experiments to test whether this idea is correct. Tetraselmis is used as a food source for aquaculture and as a source of starch for the biofuel industry, so the authors speculate that understanding exactly how TetV manipulates the metabolism of its host might have some practical applications. The ability of TetV to inject DNA into these cells might be exploited, for example, to reprogram the algae to make more of a desired product.

“We have more to learn about this particular virus,” mused Steward “and its just one example plucked from an ocean that has millions of them floating in every teaspoon.”

Considering the numbers, it seems certain there are many more unusual viruses waiting to be discovered just under the next wave.