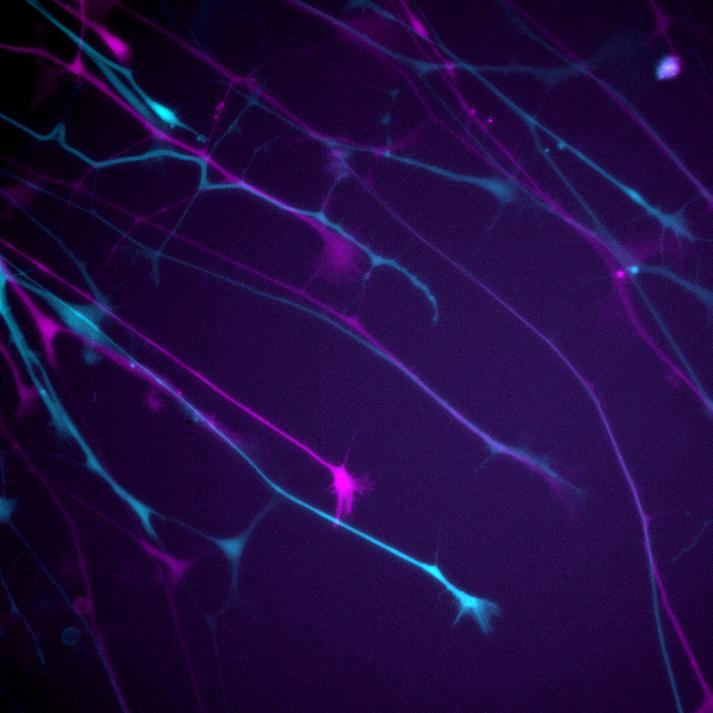 miRNAs were first discovered 25 years ago, but understanding their impact on gene regulation of messenger RNAs (mRNAs) is still incomplete. While computer-based studies predict the maximum range of miRNA interactions, some of which can bind thousands of mRNAs, experimental studies usually provide only one or very few.

The research team discovered that, contrary to previous assumptions, brain-enriched miRNA (miR-124) is unnecessary during neuronal differentiation from adult human stem cells, but has a huge effect on neuronal survival.

The team combined both experimental and computational approaches and performed an in-depth system level analysis of miR-124. They found 98 miR-124 targeted genes that are simultaneously regulated.

Many of these controlled genes had direct physiological functions, in particular protecting neurons from dying. The research group used a novel computational approach to also investigate indirect effects, namely the miR-124 targeted genes that themselves are regulators of gene expression.

“Our deep mechanistic insights may lead to biomedical applications enabling the protection of neurons against degeneration. In addition, previously uncharacterised genes in the regulatory networks could be investigated and new functions assigned to them”, says Volker Busskamp. The interdisciplinary approach of experimental manipulation and sophisticated bioinformatic analysis sets new standards in the miRNA gene regulation research.