Home / Interdisciplinary Research / A new method for the functionalization of graphene
16.12.2020 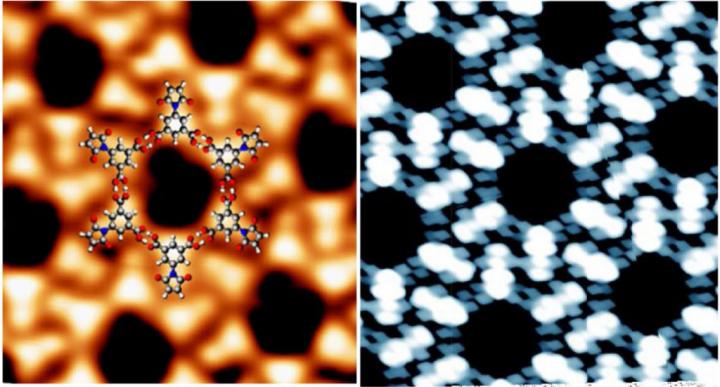 INRS professor Federico Rosei collaborated with an international research team to modify the properties of graphene for its use in electronics.

An international research team involving Professor Federico Rosei of the Institut national de la recherche scientifique (INRS) has demonstrated a novel process to modify the structure and properties of graphene, a one atom thick carbon. This chemical reaction, known as photocycloaddition, modifies the bonds between atoms using ultraviolet (UV) light. The results of the study were recently published in the prestigious journal Nature Chemistry.

Graphene has outstanding physical, optical and mechanical properties. For instance, it is commonly used in the manufacture of transparent touch screens, in aerospace, and in biomedicine. This material, however, has limited use in electronics.

“No other material has properties similar to graphene, yet unlike semiconductors used in electronics, it lacks a band gap. In electronics, this gap is a space in which there are no energy levels that can be occupied by electrons. Yet it is essential for interacting with light,” explains Professor Federico Rosei of INRS’s Énergie Matériaux Télécommunications Research Centre.

“The multidisciplinary group of researchers from Canada, China, Denmark, France and the United Kingdom succeeded in modifying graphene so as to create a band gap. Current research is rather fundamental but could have repercussions over the next few years in optoelectronics, such as in the fabrication of photodetectors or in the field of solar energy. These include the manufacture of high-performance photovoltaic cells for converting solar energy into electricity, or the field of nanoelectronics, for the extreme miniaturisation of devices,” emphasizes Professor Rosei.

This breakthrough is complementary to the results published in Nature Materials, in May 2020, by an Italian-Canadian team of researchers under the supervision of Professor Rosei.

Professor Rosei’s research has been recognized numerous times by national and international awards and distinctions. These include the recent Brimacombe Medal from the Minerals, Metals & Materials Society (TMS), the Royal Society of Chemistry, which identified him as one of the 5% most cited authors for its journals in 2019, and the Stanford list of the 2% most cited researchers in the world.

The article “Long-range ordered and atomic-scale control of graphene hybridization by photocycloaddition” was published on October 19, 2020, in the journal Nature Chemistry. The research group has, among others, received financial support from the Canada Research Chairs Program, the National Natural Science Foundation of China, the Engineering and Physical Sciences Research Council and the State Key Laboratory of Urban Water Resource and Environment.

INRS is a university dedicated exclusively to graduate level research and training. Since its creation in 1969, INRS has played an active role in Quebec’s economic, social, and cultural development and is ranked first for research intensity in Quebec and in Canada. INRS is made up of four interdisciplinary research and training centres in Quebec City, Montreal, Laval, and Varennes, with expertise in strategic sectors: Eau Terre Environnement, Énergie Matériaux Télécommunications, Urbanisation Culture Société, and Armand-Frappier Santé Biotechnologie. The INRS community includes more than 1,400 students, postdoctoral fellows, faculty members, and staff.