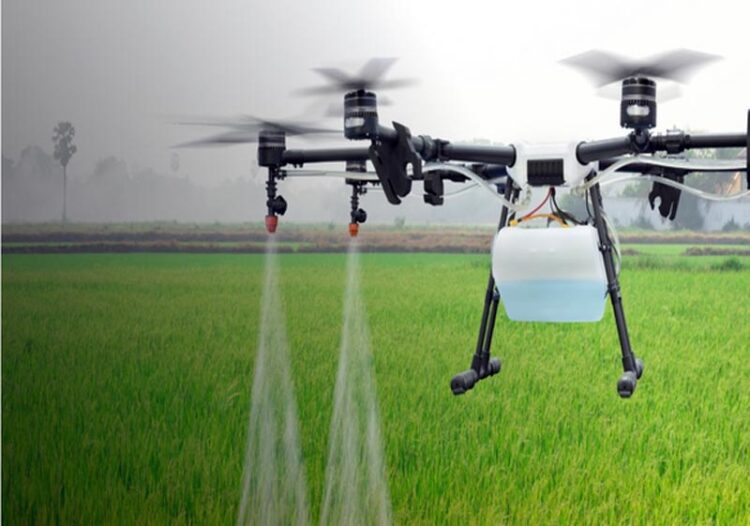 Researchers trained a drone to sense and capture image datasets through his algorithms that allow the system to understand key features, like mud or vegetation, based on their fingerprints.
Credit: NA

Following his success eradicating a major source of malaria, technology created by a University of South Florida public health researcher is being implemented by insect control agencies throughout Africa and across the Tampa Bay region.

Associate Professor Benjamin Jacob created a smartphone app that pairs his algorithm with a drone and satellite images to identify locations of previously unknown mosquito breeding habitats to treat them within the same day. The technology’s success led him to launch Seek and Destroy, a program that enables him to train government agencies how to use the app in infectious areas in Cambodia, Uganda, Kenya and Rwanda – allowing them to quickly and efficiently direct resources to vulnerable areas before disease outbreaks can occur.

“What those countries are dealing with is a tragedy beyond describing,” Jacob said. “For me, training the local people is huge. They want the knowledge and I think they’re willing to do whatever it takes to stop malaria.”

Jacob has focused much of his research in Uganda, where malaria is the leading cause of death, especially among children under five. As published in the American Journal of Entomology, he discovered that each of the 120 homes he studied was infested with at least 200 mosquitoes. With the help of the local insect control officers he trained, Jacob destroyed 100% of the identified habitats in 31 days and eliminated the blood parasite level in previously treated and suspected malaria patients in 62 days.

The system works by identifying specific environments and organisms by their unique “fingerprint” — a red-green-blue value associated exclusively with a species or habitat. For Seek and Destroy to be successful, Jacob trained the drone to sense and capture image datasets through his algorithms that allow the system to understand key features, like mud or vegetation, based on their fingerprints. Each image is then processed and gridded with identified sources of water on those surfaces.

The data is then classified into different categories based on the presence or absence of mosquito larvae and whether the water is positive for mosquitoes. Paired with Jacob’s algorithms, the drone was 100% accurate in locating bodies of water where mosquitoes are most likely to breed.

Jacob has researched mosquitoes since 2010, but he didn’t start testing artificial intelligence algorithms on drones until 10 years later. It was then that he discovered the potential impact of predictive mapping on mosquito control.

“Instead of spraying entire fields, we can now just target the areas where the mosquitoes are.”

With the ability to pinpoint exactly where habitats are, harmful insecticide usage is decreased and the risk of mosquitoes building up a resistance also lessens. Implementation of the program on a county or state level could save taxpayers money because it costs thousands of dollars less than aerial fumigations.

Through a grant from the Joy McCann Foundation, Jacob’s mapping revealed more than 9,000 mosquito habitats with dengue and zika viruses present in Hillsborough, Manatee and Polk counties. He’s now training local authorities on the app and hopes a larvae control system will be complete by summer of 2023.

Jacob is continuing his research with a new program, Slash and Clear, that will extend his current technology to identify black fly larval, a species known to cause onchocerciasis – a parasitic disease that causes blindness. The success of the program will confirm whether the technology can be used globally to control any type of invasive or dangerous vector.

About the University of South Florida

The University of South Florida, a high-impact global research university dedicated to student success, generates an annual economic impact of more than $6 billion.  Over the past 10 years, no other public university in the country has risen faster in U.S. News and World Report’s national university rankings than USF. Serving more than 50,000 students on campuses in Tampa, St. Petersburg and Sarasota-Manatee, USF is designated as a Preeminent State Research University by the Florida Board of Governors, placing it in the most elite category among the state’s 12 public universities. USF has earned widespread national recognition for its success graduating under-represented minority and limited-income students at rates equal to or higher than white and higher income students. USF is a member of the American Athletic Conference. Learn more at www.usf.edu.