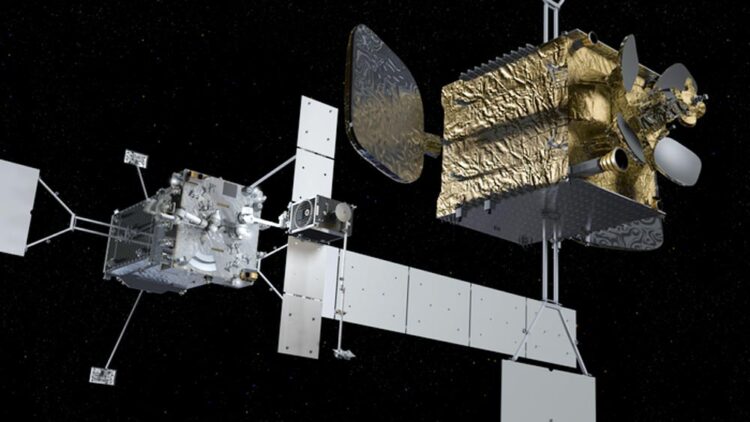 There are 6,500 satellites in orbit, but only about half of them are functional. Once a satellite breaks down or runs out of fuel, it is essentially useless. Repairs, maintenance and upgrades are nearly impossible in orbit.

It’s launch once, use once.

But as satellites have become more robust, their operators often find that fleets outlast their projected lifespans and need new technology, repairs, refueling or maintenance to stay competitive, relevant and operational.

Researchers from Carnegie Mellon University will head a consortium selected by the Air Force Research Laboratory (AFRL) and the Air Force Office of Scientific Research (AFOSR) to pioneer research into robotic inspection, maintenance and manufacturing of satellites and other structures while in orbit. Led by principal investigator Howie Choset, CMU will collaborate with researchers at the University of New Mexico, Texas A&M, and Northrop Grumman Corporation to develop systems for intelligent inspection, dexterous maintenance and agile manufacturing of satellites in space.

“This is an incredible opportunity to work together toward an ambitious goal,” said Choset, a professor in the Robotics Institute at CMU’s School of Computer Science. “No one knows how to refuel spacecraft such as satellites and telescopes. If we’re successful, we will.”

“Our vision for basic and applied research will open a new frontier of opportunities to maximize the utility for satellites and other in-orbit assets by prolonging, enhancing or augmenting their mission capabilities,” Choset said. “This ushers in a new era of satellite capabilities and configurations that will transform the future of space operations.”

AFRL and AFOSR selected the CMU-led consortium’s proposal, “Breaking the ‘Launch Once, Use Once’ Paradigm,” as part of the newly established Space University Research Initiative (SURI). The University of Buffalo will lead a team from Penn State, Georgia Tech, MIT and Purdue in a second SURI proposal focused on tracking and gathering information on objects in space. Each proposal is eligible for up to $1 million in funding per year for three to five years.

CMU’s efforts will be led by Choset and Matt Travers, co-directors of the Robotics Institute’s Biorobotics Lab; and Carmel Majidi, a professor of mechanical engineering in CMU’s College of Engineering who specializes in soft robotics. They will build on previous work by Choset and Travers with Northrop Grumman that evaluated robotics and AI for servicing satellites while in orbit and conducting assembly and manufacturing tasks in space.

Northrop Grumman has already had success with its Mission Extension Vehicles, the first that can dock with orbiting satellites with exhausted fuel supplies and provide propulsion and pointing control — extending their useful service lives. CMU previously partnered with the company on the next generation of satellite-servicing vehicles by assisting with vehicle dynamics in Northrop Grumman’s rendezvous, proximity operations and docking lab.

“Servicing satellites in orbit will soon become vital to the operations of government and commercial missions,” said Andy Kwas, a Northrop Grumman fellow and engineering systems architect. “Our goal is to develop and transition critical concepts from this consortium to further revolutionize technologies for both government and commercial use. This three-way partnership among academia, government and industry will help play a critical role in enhancing Department of Defense-relevant capability in the space domain.”

The University of New Mexico’s Agile Manufacturing (AgMan) Lab, a joint effort between the university and AFRL, provides state-of-the-art robotics and automation equipment aimed at creating on-orbit advanced manufacturing. The lab is directed by Professor Rafael Fierro in the Department of Electrical and Computer Engineering in the School of Engineering, who will lead the university’s contributions to the consortium. Fierro’s research includes advanced robotic manipulation for space operations.

“The AgMan Lab and Fierro’s group make an ideal partner to transition technology into the Air Force,” Choset said.

CMU has two other active Texas A&M collaborations that will contribute to the SURI project.

More information about SURI is available on AFRL’s website.