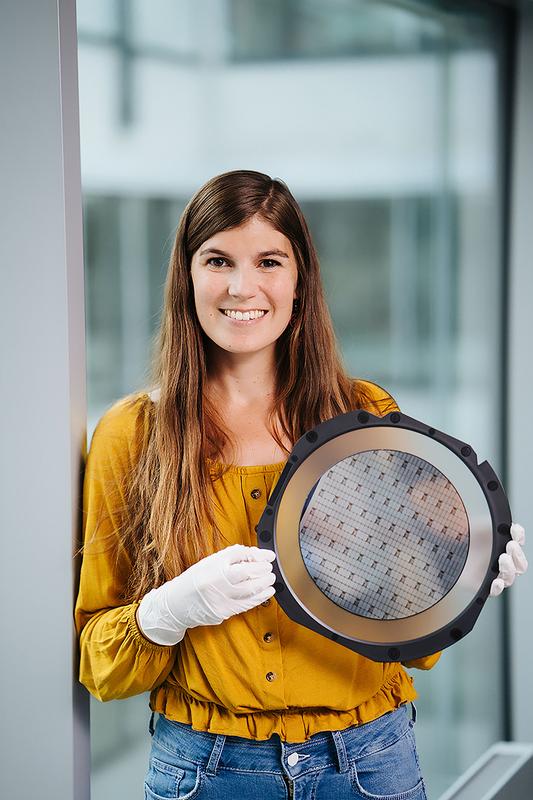 Since last year, engineers and researchers have been jointly exploring how ion traps can be built using semiconductor manufacturing technologies and which quantum chip architectures benefit in particular from the increased precision and scalability of modern semiconductor manufacturing in the cooperation between Infineon Technologies Austria and the research partners University of Innsbruck, ETH Zurich and Interactive Fully Electrical Vehicles SRL from Italy, funded by the EU as part of the Horizon 2020 project PIEDMONS.

In addition, the research partners want to find out whether ion traps can also be operated at room temperature thanks to innovative trap geometry. The researchers aim to produce more robust quantum systems and miniaturize the entire system by integrating the necessary electronics on-chip. On-chip means that the newly developed electronics are integrated directly next to the quantum system – in the laboratory they currently take up a lot of space next to the experimental setup. The vision is to make quantum computers portable for the first time.

In her doctoral thesis, Silke Auchter (26) researches ion traps. These ion traps are to be further developed using semiconductor manufacturing technologies. In this way, the traps can be produced very uniformly and precisely and more easily combined with miniaturized electronics and optics.

In addition, more complex and comprehensive trap concepts that are robust against external interference can be implemented. The ions are used as quantum bits, the quantum mechanical counterparts to the bits in conventional computers. Researchers trap ions in the laboratory in an electromagnetic field whose exact shape is determined by the structure of the ion trap.

Microfabricated traps have not yet had an optimal grip on the ions. If it is possible to construct these quantum chips in such a way that the ions remain more stable, this will help the quantum researchers in Innsbruck and Zurich in their quest for larger quantum registers and more complex quantum algorithms.

In addition, robust quantum states are required for use outside laboratory conditions, i.e. at room temperature and ultimately even mobile. With the first quantum chip prototypes, developed in the MEMS department in Villach, experiments by Silke Auchter are already being carried out.

Auchter is a PhD student at Infineon and is supervised by Rainer Blatt, an internationally renowned quantum physicist, at the Department of Experimental Physics of the University of Innsbruck, Austria. The aim of her research is to produce a microfabricated ion trap in which the ions are trapped stably at room temperature.

At present, the prototypes of quantum computers still have to be cooled extensively, which is a major obstacle to the industrial production of quantum computers. In her experiments, Silke Auchter therefore tries to capture ions so efficiently that quantum chips also function at room temperature and even more complex chip architectures can be built.