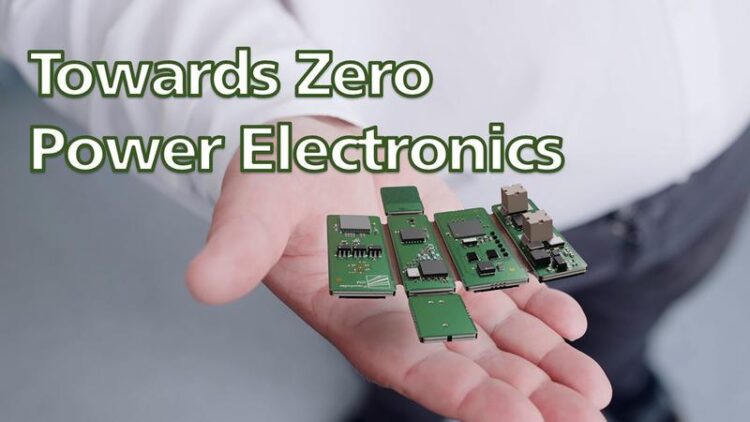 Sensors have become the ubiquitous companions of our lives. Whether knowingly or not, we use them every day to collect, process, and interpret data and help us make sense of the world around us. The demand for connected devices keeps growing – in particular in the Internet of Things, or IoT for short. The Fraunhofer flagship project ZEWOPEL has shown successfully how all of these sensor systems can become extremely energy efficient or even completely autonomous. The potential result: Up to 20% less carbon emissions in Germany alone.

With billions of sensors littering our increasingly connected world, their power supplies have become a factor to contend with for the environment, especially for industrial use. Many of the devices that constitute the Internet of Things are already intricately tied to each other, with a mass of sensors forming individual nodes. Early IoT devices would communicate with each other and share their data with little concern for energy efficiency, making many of the urgently needed IoT applications too heavy a burden on the environment for them to be rolled out on a true industrial scale or indeed making them unsuitable choices for upgrading. Now, the nine Fraunhofer organizations behind the ZEWOPEL project, standing for “Towards Zero Power Electronics”, have shown that the digital revolution and the energy revolution do not have to exclude each other.

With years of active research and development on everything from integrated sensors and signal processing or energy harvesting and improved storage technologies to efficient wireless communication between connected IoT devices, the ZEWOPEL platform was set up to optimize the entire universe of IoT systems. Its unique approach relied not only on its use of modular technology that can be tailored to match most IoT applications, but also on the ability of future sensor nodes to become autonomous of external power supplies.

The project partners’ work was put to the test in two characteristic use cases of the Internet of Things: Smart cities and smart fabrication. For the former, autonomous sensor nodes would monitor air quality, such as nitrous oxide or fine particulate emissions, in real time and with exceptional energy efficiency. In smart factories, IoT nodes would be the backbone of a connected production system that tracks and controls the state of machines, engines, or pumps. In particular when machines idle, this ability to respond immediately could help reduce the overall energy consumption by a massive margin.

All contributors to the project convened for the concluding session of the ZEPOWEL project to present their shared results and commercialization strategy to a high-profile audience of experts from industry and academia. The potential use cases for the proposed sensors are vast and diverse, reaching from modern agriculture and manufacturing to holistic systems for a more powerful and sustainable Internet of Things.

A step towards natural interaction between robots and animals