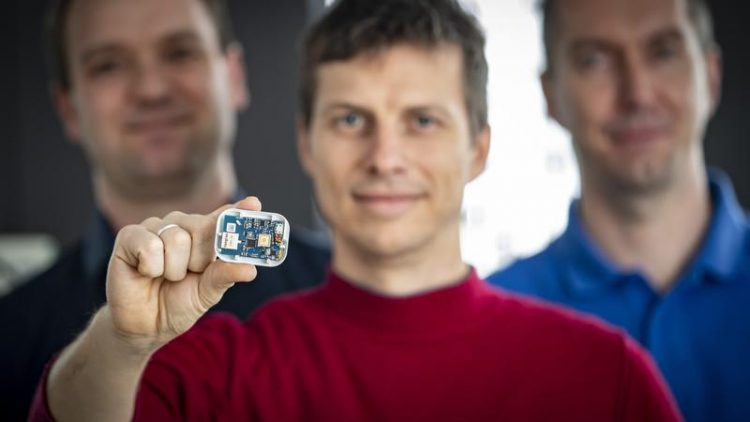 Modern mobile navigation is hardly conceivable without the use of satellite-based GPS. Similar solutions that allow for orientation within a small space, for example inside of large, winding buildings, are currently very scarce.

The reason for this: the technological basis for ultra-precise position determination at a micro level is currently missing – until now.

A research team from the Chair of Circuit and System Design at Chemnitz University of Technology has succeeded in developing the first highly efficient localisation chip that combines both the lowest possible energy consumption and very high localisation accuracy.

The joint project “FIND-IT – Competence Platform for Indoor Positioning and Logistics” was funded by the Federal Ministry of Education and Research (BMBF) over a three-year span from 2016 to 2019, to the tune of 1.2 million euros.

In addition to Chemnitz University of Technology, project and application partners on the project include Infineon, the SIMATIC RTLS division from Siemens and SIGMA Chemnitz.

Everything started with the algorithm

Towards the beginning of the development of a functioning prototype, there was the question of a suitable algorithm: “The algorithm helps us determine the exact position of an object in the room,” explains project manager Marko Rößler.

It took around a year of programming by the team to produce the first working version of the algorithm. This was preceded by numerous test-runs in the virtual environment.

After this initial development phase, the team was ready to integrate the algorithm into a microchip. Here, the algorithm itself only functions as an illustration of the functional principle behind the hardware, but this is required for the actual deployment of the technology.

The particular challenge for the team as it transferred software into hardware was that the hardware could not be changed after the fact. “So, we needed to be sure that we didn’t miss anything, in order for the localisation to work later on,” says Rößler.

The advance validation of the location played a special role in this process. For this, the team again completed many test-runs in a virtual setting.

Following this, the team will be preparing the chip for market readiness as well as full entry into the market.