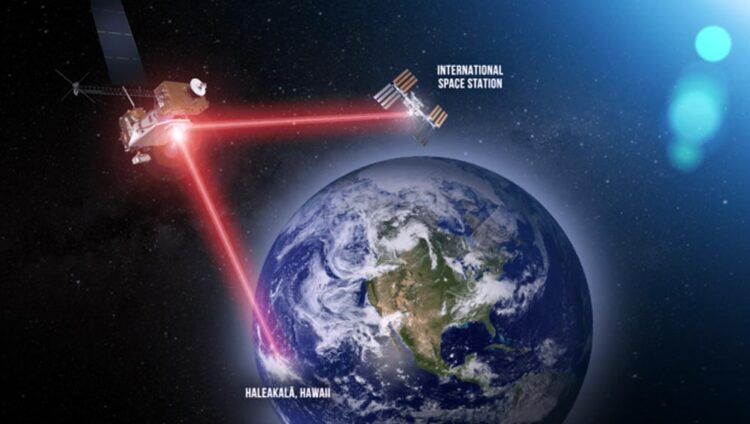 “Free-space” refers to the absence of the insulated, fiber optic cables that enable the terrestrial internet. Free-space laser communications flow freely through the vacuum of space, however atmosphere poses unique challenges to communications engineers.

“LCRD leverages the work done in the telecommunications industry for the past several decades. We’re taking the concepts that they’ve created and applying them to space,” said Russ Roder, product design lead for LCRD’s optical module. “The trick is that we have to optimize the technology for space.”

LCRD’s mission will be spent proving out the technology by testing laser communications capabilities with experiments from NASA, other government agencies, academia, and – in particular – the commercial aerospace community. Industry-developed experiments will allow companies to test their own technologies, software, and capabilities. NASA is providing these opportunities to grow the body of knowledge surrounding laser communications and promote its operational use.

While LCRD’s experimenter program will allow NASA and industry to test and refine techniques, both the agency and the commercial sector have been demonstrating and using laser communications for the past few decades.

While industry is focused on in-space optical communications to support terrestrial users, NASA is demonstrating direct-to-Earth capability from geosynchronous orbit to increase communications capabilities for future missions. With laser communications onboard, missions will be able to communicate more data in a single transmission than they could with traditional radio frequency communications.

With these two different yet complementary goals, NASA also is partnering with industry to further refine laser communications hardware. In fact, LCRD includes commercially designed and built components alongside custom, NASA-developed systems. The optical module, which sends lasers to and from the payload, was designed by the Massachusetts Institute of Technology Lincoln Laboratory and built at NASA’s Goddard Space Flight Center in Greenbelt, Maryland. However, multiple parts of LCRD came from companies like L3Harris Technologies, SEAKR Engineering, Moog Inc., and the Sierra Nevada Corporation. These include the telescope system, controller electronics system, and space switching unit – all critical to LCRD operations.

Additionally, NASA’s Low-Cost Optical Terminal (LCOT) will use commercial off-the-shelf or slightly modified hardware to reduce expense and speed implementation. NASA depends on a robust domestic space industry and hopes these investments will allow the U.S. government to purchase future laser communications hardware and services. This will decrease costs while enabling more missions to use laser communications.

NASA is committed to fostering the growing space economy and the commercial aerospace community to encourage technological innovation/ bring down costs for all users. This dedication extends to new technologies and capabilities like laser communications systems.

LCRD is led by Goddard and in partnership with JPL and the MIT Lincoln Laboratory. LCRD is funded through NASA’s Technology Demonstration Missions program, part of the Space Technology Mission Directorate, and the Space Communications and Navigation (SCaN) program at NASA Headquarters in Washington, D.C.