The heart: Digital or analog? 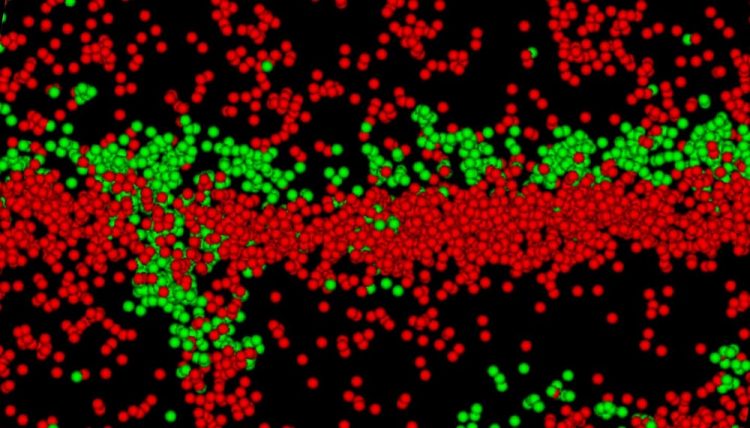 Scientists at the Virginia Tech Carilion Research Institute (VTCRI) have found evidence that may disrupt conventional understanding about how electrical activity travels in the heart — a discovery that potentially can lead to new insight into medical problems such as heart arrhythmia and sudden cardiac death.

The research study, now online but scheduled to appear as a final version on Tuesday, Sept. 4, in the journal eLife, may inform the development of new classes of drugs to treat heart rhythm disorders, which occur when someone's heart beats too quickly, slowly, or irregularly.

Led by Rob Gourdie, a professor at VTCRI, the international team of scientists revealed how electrical impulses might travel through heart muscle in steps, jumping between cells in a rapid, almost on-off fashion, like a digital wave — rather than through a smooth, continuous flow of current, like an analog wave.

“Our goal is to find ways to control heart rhythm disturbances,” said Gourdie, who is also a professor in the Department of Biomedical Engineering and Mechanics with the Virginia Tech College of Engineering. “Learning how bioelectricity works in the heart at the nuts-and-bolts, molecular level is important for human health, because it will help us understand why the heart sometimes beats out of rhythm, and potentially point to a new path for treatment. With heart disorders increasing as the population grows older, new strategies for preventing arrhythmias including new drugs are urgently required to help heart patients.”

Atrial fibrillation is the most common type of arrythmia, affecting an estimated 2.7 million to 6.1 million people in the United States, according to the U.S. Centers for Disease Control and Prevention.

And while the number of people living with some form of arrhythmia is expected to increase with the aging of the U.S. population, the movement of potential new drugs to treat the conditions are lagging in the development pipeline, including in clinical trials.

Gourdie said the new discovery could be a paradigm shift in the understanding of electrical activation in heart muscle.

The researchers showed that sodium channels from neighboring heart muscle cells may cooperate to move electrical current that leads to regenerative impulses from one heart muscle cell to the next.

“Sodium channels are literally stuck together between cells in way that seems to ensure that the firing of channels in one cell sparks partnering channels in the neighboring cell,” Gourdie said. “The molecular machinery seems to be in place for bioelectrical signals to step between heart cells, not wholly unlike how impulses jump between nerve cells in a stepping-stone-like manner at neural synapses.”

It is commonly thought that bioelectrical signals smoothly flow in the heart in an analog fashion, moving continuously from cell to cell through conducting structures, called gap junctions, that directly couple cells together.

The new study from Gourdie and his colleagues challenges this idea.

Together with Steven Poelzing, an associate professor, and James Smyth, an assistant professor, both at VTCRI, along with researchers from the University of Michigan, Case Western University, and Imperial College London, the team showed the key to this cell-to-cell electrical interaction is a component of the membrane sodium channel called a beta subunit, which also serves an adhesion function to bind the sodium channel complex together, forming a structure that the team calls an ephapse.

“During our experiments, we have shown that we can unglue ephapses and cause heart arrhythmias,” Gourdie said. “What we are looking for now is a drug to stop the ephapses from becoming unglued. We believe that if we can find a drug that can hold this tiny area between heart muscle cells together in disease states, we might have a new way of stabilizing heart rhythms that have gone awry.”

“Our paradigm for the propagation of impulses in the heart is very simplistic,” said Igor Efimov, a professor and chairman of the Department of Biomedical Engineering at George Washington University, who commented on the study but was not involved in the research. “We teach that electrical conduction in the heart is regulated primarily by connexin 43 or sodium channels. But it is more complicated than that. This paper elegantly reveals the role of a regulatory subunit which is not just involved in electrical conduction–it also regulates adhesion, and thereby creates a cleft or gap to provide a basis for cell-to-cell communication.”

Efimov and Gourdie both mentioned the research supports a theory by physiologist Nicholas Sperelakis in 1977 at the University of Virginia. Sperelakis proposed an electric-field mechanism of electrical activity between excited heart cells, as a precursor theory to what has come to be described as ephaptic conduction.

“Gourdie and his colleagues are showing a strong basis for the ephaptic conduction theory,” Efimov said. “The traditional view of electrical coupling through low-resistance channels is not the only explanation. This new point of view could change the way we teach students, and the evidence as presented in the study also explains why a number of cancer drugs cannot be used because of their cardiotoxicity.”

The study was supported by the National Institutes of Health, the American Heart Association, and the Virginia Tech Carilion Research Institute.