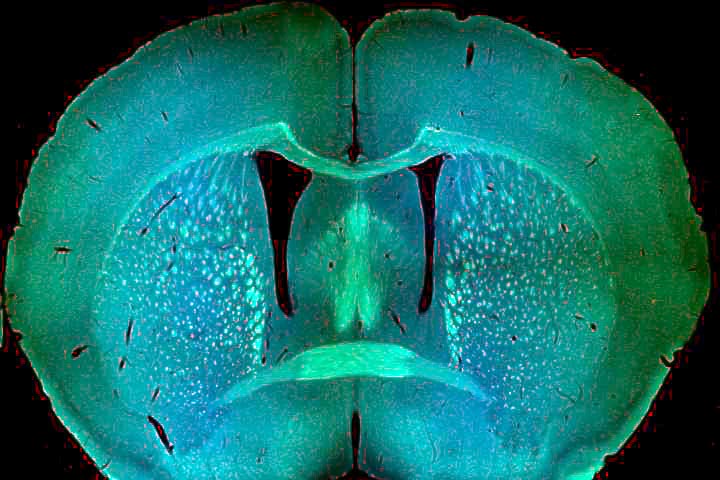 Girls with mutations in the gene EPHB2 may be at increased risk of autism.

After reviewing a database of gene mutations in children with autism spectrum disorder (ASD), a team of Medical University of South Carolina (MUSC) researchers decided to study a specific gene mutation that likely caused ASD in a girl. They demonstrated that the mutation was damaging to the gene, and that female, but not male, mice lacking a working copy of the gene also showed ASD-associated symptoms. Better understanding the interplay between genetics and sex in ASD could set the stage for developing sex-specific treatments for autism.

The MUSC team was led by Christopher Cowan, Ph.D., the William E. Murray SmartState Endowed Chair in Neuroscience and chair of the Department of Neuroscience, and Ahlem Assali, Ph.D., research assistant professor in the same department. Their findings are published in Nature Neuropsychopharmacology.

One in 54 children is diagnosed with an ASD. Of the children with ASD, four boys are diagnosed for every girl. Individuals with ASD typically have deficits in communication and social interaction and exhibit restricted, repetitive patterns of behavior, activities, or interests. Many people with ASD also present with associated symptoms, such as hyperactivity, attention deficits, epilepsy and intellectual abilities that can range from severely disabled to gifted.

Cowan and Assali investigated the effect of a mutation in the gene, EPHB2, detected in a female patient with autism. EPHB2 is important for forming connections, or synapses, in the brain. The patient had a version of EPHB2 that caused the protein to be cut short. “It’s as if a sentence had a period in the middle instead of the end,” said Cowan. The shortened protein can no longer serve its function, leaving this ASD individual with less functional protein than neurotypical people.

To confirm that this gene can cause autism, Cowan and Assali created mice that had only one of two working copies of EPHB2. They found that these animals showed repetitive behaviors, hyperactivity and learning and memory problems as well as changes in brain cell function.

Cowan and Assali went a step further and divided the animals based on sex. They did this because the child with ASD and the EPHB2 mutation was a female. They found that the female mice showed much stronger behavior symptoms and brain cell dysfunction than the male mice. Understanding the interplay between genetics and biological sex could be important for understanding autism risk and eventually for developing therapeutics.

“We know that 80% to 90% of autism risk is genetic, but this is a very clear-cut case where the gene and the sex of the animal are interacting to alter neurotypical development,” said Cowan.

Historically, ASD has been diagnosed mostly in boys, so research on ASD has often been biased toward male subjects. The work of Cowan and Assali highlights the importance of sex-specific differences in ASD and the need to examine those differences in research studies that include both sexes. This could set the stage for developing sex-specific treatments for ASD.

“That’s the only way we’re going to start to change research inequalities that have happened in the past,” said Assali.

In future studies, Cowan and Assali hope to explore more deeply the mechanisms of EPHB2 actions in the developing brain. They want to understand why this gene causes symptoms predominantly in female subjects and how hormones might affect autism risk. Their aim is to improve the understanding of the interplay between genetics and biological sex in autism, with a view to informing future personalized, sex-specific treatments for ASD.

About the Medical University of South Carolina

Founded in 1824 in Charleston, the Medical University of South Carolina (MUSC) is home to the oldest medical school in the South as well as the state’s only integrated academic health sciences center, with a unique charge to serve the state through education, research and patient care. Each year, MUSC educates and trains more than 3,000 students and nearly 800 residents in six colleges: Dental Medicine, Graduate Studies, Health Professions, Medicine, Nursing and Pharmacy. MUSC brought in more than $271 million in biomedical research funds in fiscal year 2020, continuing to lead the state in obtaining National Institutes of Health funding, with more than $129.9 million. For information on academic programs, visit musc.edu.

As the clinical health system of the Medical University of South Carolina, MUSC Health is dedicated to delivering the highest quality patient care available while training generations of competent, compassionate health care providers to serve the people of South Carolina and beyond. Comprising some 1,600 beds, more than 100 outreach sites, the MUSC College of Medicine, the physicians’ practice plan and nearly 275 telehealth locations, MUSC Health owns and operates eight hospitals situated in Charleston, Chester, Florence, Lancaster and Marion counties. In 2020, for the sixth consecutive year, U.S. News & World Report named MUSC Health the No. 1 hospital in South Carolina. To learn more about clinical patient services, visit muschealth.org.

MUSC and its affiliates have collective annual budgets of $3.2 billion. The more than 17,000 MUSC team members include world-class faculty, physicians, specialty providers and scientists who deliver groundbreaking education, research, technology and patient care.