Home / Health and Medicine / Researchers release the brakes on the immune system
18.10.2017

Researchers release the brakes on the immune system 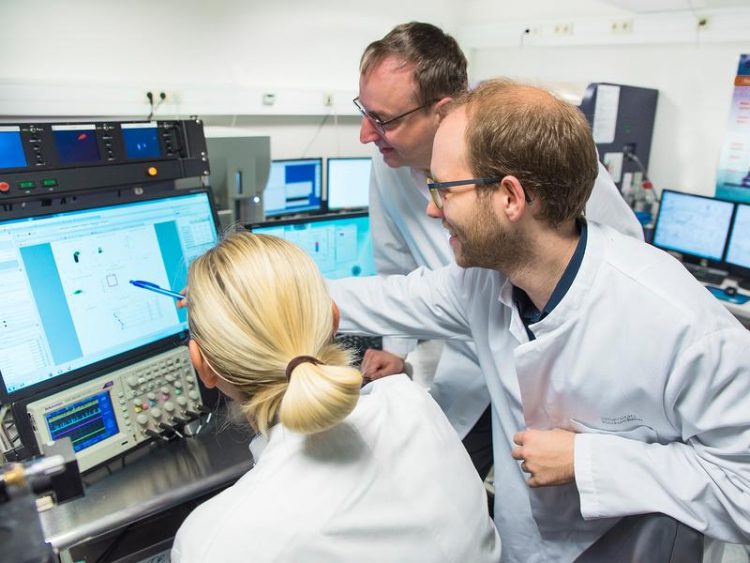 Killer T cells are a powerful weapon of the immune system. Following a viral infection, for instance, they swarm out in huge numbers and destroy all of the infected body cells. Their destructive power is also directed towards cancer cells – at least in principle. Many tumors have actually developed mechanisms that allow them to outmaneuver this defensive weapon.

To do this, abuse the so-called regulatory T cells, for example. These are also part of the immune system, but fulfill an opposite function there: they suppress the immune response and thus prevent killer T cells from attacking healthy tissue in the body.

Tumors exploit this by pretending to belong to the body’s own tissue. They can thus be protected to a certain degree by the regulatory T cells. “We have now found a way to kill off the regulatory T cells,” explains Christoph Heuser, a doctoral candidate at the Institute of Experimental Immunology at the University of Bonn. “We were thus able to significantly increase the impact of the killer T cells.”

The study focuses on a protein produced naturally in the body called IKKβ, which has been known for long to promote the activation of immune cells. It is thus considered an immunostimulant. “We have now blocked IKKβ in a test tube with the help of a pharmaceutical ingredient,” says Heuser’s colleague Dr. Janine Gotot. “The regulatory T cells died off afterward. However, the killer T cells survived and even gained in impact because they were no longer inhibited by the regulatory T cells.”

The researchers then tested using mice with skin cancer whether the IKKß inhibitor could be suitable for tumor treatment. This cancer is nowadays treated by vaccination and by immunotherapies, but these measures are often not effective enough. However, the researchers treated the rodents with the IKKß inhibitor shortly after the vaccination. Following around two weeks of treatment, the number of regulatory T cells fell by half. The response of the killer T cells to the tumor was correspondingly stronger. The cancer growth was delayed significantly by this, and the animals survived for longer.

“Nevertheless, complete healing cannot be achieved solely by inhibiting IKKß,” relativized Prof. Christian Kurts, Director of the Institute of Experimental Immunology at the University of Bonn. “By combining with other immunological active pharmaceutical ingredients, it may, however, be possible to stimulate the immune system to more effectively combat the cancer.”

The regulatory T cells are actually only one element among many others with which the body keeps its immune cells in check. Experts also refer to these braking mechanisms as “immunological checkpoints”. In recent years, the researchers have succeeded in releasing these brakes using suitable inhibiting substances (the “checkpoint inhibitors”). “This approach has already revolutionized the treatment of cancer,” says Kurts. The University of Bonn is heavily involved in the development and clinical testing of such therapies, including as part of the center for integrated oncology (CIO), the cluster of excellence ImmunoSensation and the German-Australian research training group Bo&MeRanG.