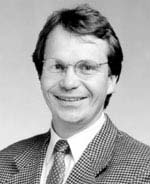 Bioengineers have for the first time used a computer model to relate specific genetic mutations to exact variations of a disease. This is the first model-based system for predicting phenotype (function of the cell or organism) based on genotype (an individual’s DNA).

In the study, published in Genome Research (Vol. 12, Issue 11, 1687-1692, November 2002, article link), Bernhard Palsson and his team at UCSD’s Jacobs School of Engineering reviewed genetic information from patients who have an enzyme deficiency that causes hemolytic anemia. Physicians have recorded some 150 DNA sequence variations that could be involved in this type of anemia. By inserting the specific DNA sequences into a computer model for red blood cell metabolism, Palsson accurately predicted which mutations would result in chronic hemolytic anemia and which would cause a less severe version of the disease.

“Eventually, there could be a kind of databank of specific genetic mutations that cause precise disease variants,” says Palsson. “Some mutations will be severe, others benign. And every variation of a disease could be treated differently. This could be incredibly useful for drug development and will aid physicians in creating effective treatment plans for individuals.” A person’s risk of getting a disease is often influenced by a permutation in a single base pair in their genome, called a single nucleotide polymorphism (SNP). And for any one type of cancer such as breast cancer, there may be as much as a dozen variations of the disease. Now that the human genome has been mapped, biotechnology companies and scientists are feverishly developing processes to uncover SNPs that are related to variations of diseases such as cancer, heart disease and a host of inherited disorders.

Until now, most approaches have relied on statistical correlations between reported mutations and occurrences of disease variants.

Palsson’s technique actually defines the mechanism by which a genetic defect causes a disease. He was able to make this mathematical calculation by building a computer model that is based on the well-known metabolism in the human red blood cell.

“The model is like the wiring diagram or design drawings for the cell,” says Palsson. “It incorporates all the genes in the cell, the products of each, and the interwoven process of how those products interact to produce cellular functions. Once we have this computer (now called in silico) model, it is in principle a fairly straightforward process to alter a specific DNA sequence, run a simulation on the program, and receive information back about how the defect impacts the cell’s function.”

Palsson notes that his model is based on 30 years of chemistry and biology research about metabolism in the red blood cell, which is one of the human body’s simplest and most well-understood cell types.

“Building in silico models is a complex process requiring hard-to-find expertise, and it will take a few years before these kinds of models will become common place for diagnosis, management of disease, and development of therapeutics,” says Palsson. “It has become a widely held expectation by an increasing number of scientists that in silico models of human disease processes will significantly impact future delivery of health care. Our research is significant in that we are demonstrating the proof of concept for the first time.”

UCSD has formed a spin-off company, called Genomatica, to bring Palsson’s in silico modeling technologies into commercial use.