Home / Health and Medicine / Narcolepsy, scientists unmask the culprit of an enigmatic disease
20.09.2018

Narcolepsy, scientists unmask the culprit of an enigmatic disease 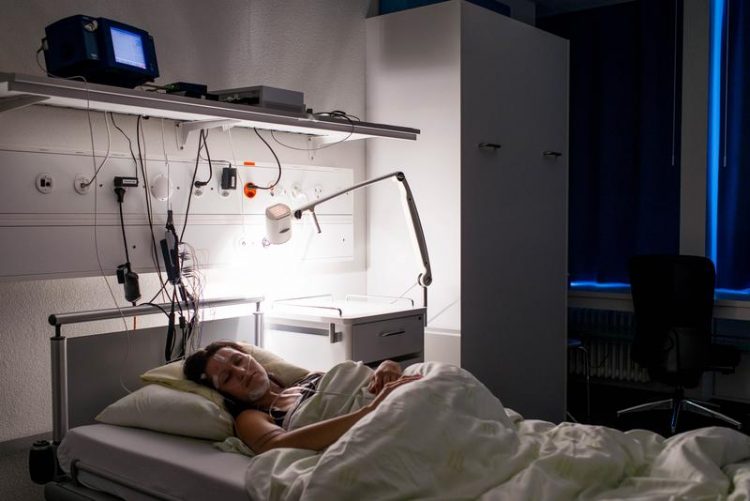 Patients with a rare disease, called narcolepsy, suffer of excessive daytime sleepiness and cataplexy (brief episodes of loss of muscle tone triggered by emotions). The disease, first described in 1877, depends on genetic and environmental factors and is caused by the loss in the brain of some neurons that produce a neurotransmitter called hypocretin, but the underlying mechanism remained mysterious.

A study published in the renowned scientific journal Nature reports, for the first time, the existence in patients with narcolepsy of autoreactive T lymphocytes (cells of the immune system) that recognize hypocretin and can mediate an immune response leading to loss of hypocretin-producing neurons. This study identifies the culprit of this enigmatic disease and has major implications for its diagnosis and therapy.

The study is the result of a close collaboration between basic and clinical scientists and was jointly coordinated by Prof. Federica Sallusto at the Institute for Research in Biomedicine in Bellinzona (IRB, affiliated to USI Università della Svizzera italiana) and at ETH Zurich, and Prof. Claudio Bassetti at the University Sleep-Wake-Epilepsy-Center Bern of the Department of Neurology at the University Hospital (Inselspital) in Bern.

According to Prof. Federica Sallusto: «Using new sensitive methods we have been able to identify T lymphocytes reactive against hypocretin as the culprit of this disease. These autoreactive T lymphocytes can cause inflammation leading to neuronal damage or even kill hypocretin-producing neurons. By blocking them at early stages, it may be possible to limit neuronal loss and prevent progression of the disease.»

According to Prof. Claudio L.A. Bassetti: «This publication will increase the awareness about narcolepsy, which remains poorly known in the general population and often is not, or belatedly, diagnosed by physicians. This study will also open new opportunities for an early diagnosis and novel treatment approaches of this disabling disease.»

Background
Narcolepsy is a rare chronic brain disorder, which affects about 0.05% of the general population and manifests with excessive daytime drowsiness (with “sleep attacks”), cataplexy (loss of muscle control, typically triggered by a sudden, positive emotion), sleep paralysis, hallucinations, and disturbed sleep. The cause of narcolepsy is the loss of neurons in the hypothalamus (a region of the brain), which produces hypocretin (HCRT), a protein which regulates sleep-wake, emotional and feeding behaviors. The presence in over 95% of patients of a specific genetic marker (the HLA allele DQB1*0602) suggests that narcolepsy could be an autoimmune disease. The observations of identical twins that are discordant for the disease (one has narcolepsy, the other one not) and of an increased frequency of narcolepsy after certain infections or types of influenza vaccinations suggest the potential role of environmental factors as triggers of the autoimmune process. However, the mechanisms involved in the loss of hypocretin neurons remained until today unknown.

The discovery
In this study, the IRB researchers used a sensitive method that they have developed in Bellinzona to interrogate the T lymphocyte repertoire of narcolepsy patients to identify, for the first time, T lymphocytes of the CD4 and, in some cases, of the CD8 type that react against hypocretin and against other proteins expressed in hypocretin neurons. These autoreactive lymphocytes can cause inflammation leading to neuronal damage or even kill hypocretin-producing neurons. They also identified the molecular interactions leading to hypocretin recognition and a possible mechanism by which the autoreactive T cells may have escaped tolerance. Finally, in the patients studied, it was possible to exclude a role for the influenza virus in the induction of T lymphocytes reactive against hypocretin.

About the Institute for Research in Biomedicine (IRB)
The Institute for Research in Biomedicine (IRB), founded in 2000 in Bellinzona, was affiliated to Università della Svizzera italiana (USI) in 2010. Supported by private and public institutions and by competitive research grants, the IRB currently hosts thirteen research groups and 120 researchers. Research at the IRB focuses on the human host defense against infections, tumors and degenerative diseases. With more than 580 publications in leading scientific journals, the IRB has gained an international reputation as a center of excellence in immunology. http://www.irb.usi.ch

About the Department of Neurology, at Inselspital, Bern University Hospital
The Department of Neurology at Inselspital, Bern University Hospital, with over 140 academics and more than 600 employees, is the leading academic neurological center in Switzerland. Its international reputation is based on excellence of clinical care, teaching and research in stroke, sleep/epilepsy, Parkinsonism/movement disorders, neuroimmunology, and neurorehabilitation. In the last few months, the University of Bern provided CHF 6 million for the Interfaculty Research Cooperation project «Decoding sleep: from neurons to health & mind» (PI: Claudio Bassetti). In addition, two ERC consolidator grants worth a total of CHF 4 million started in the department (PI’s: Antoine Adamantidis and Smita Saxena). http://www.neurologie.insel.ch