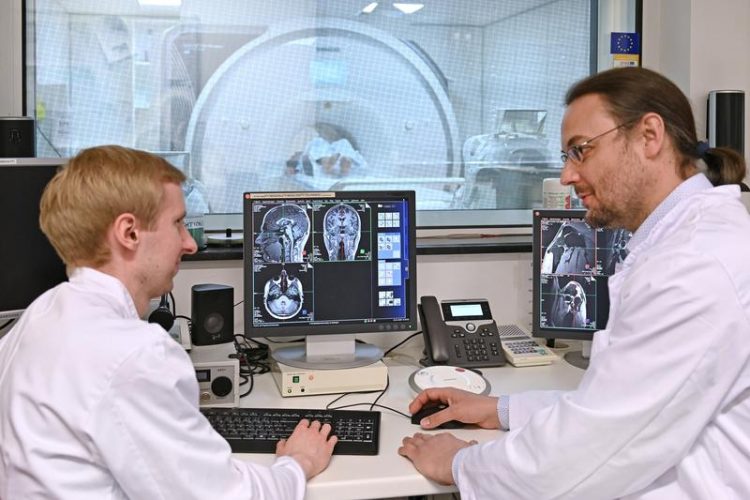 The World Health Organization estimates that more than 4 million people in Germany suffer from depression. Standard therapy is working insufficiently in one third of patients; in another third, it does not work at all.

The suspected cause for this lies in individual differences in cerebral metabolism. However, especially in case of severe depression and acute suicide risk, urgent help is needed.

The drug ketamine, only recently approved as antidepressant, could bring this help. Originally developed for anesthesia, the medication biochemically induces changes in signal transmission in the brain and can thus improve the brain’s ability to learn.

„We are assuming that in case of severe depression, traumatic or fear experiences are so deeply engraved in the patient’s mind that they cannot simply be unlearned”, explains Prof. Martin Walter, Director of the Department of Psychiatry and Psychosomatics at Jena University Hospital.

“Ketamine can open the therapeutic window for new, positive experiences, and together with additional treatment approaches, it can help overwriting paralyzing memories. In particular suicidal patients need quick alleviation – which is often not provided by current medications.” However, only around half of the patients with difficult to treat depression respond to ketamine, and side effects like increased blood pressure or temporary psychosis-like symptoms may occur.

In order to assess the risk-benefit ratio of the drug individually, the psychiatrist from Jena is starting a research project that aims at establishing a biomarker for patient individual response to ketamine therapy. Project partners are scientists from Mannheim, Tübingen, Turku in Finland and Strasburg.

In a clinical trial with 100 patients who suffer from difficult to treat depression – and in parallel in an animal model system – the scientists examine metabolic parameters in the blood and in the brain as well as MRI data about network activity in the brain.

These parameters are recorded before start of the ketamine therapy and also one day and 22 days after, and they are correlated with the course of treatment. In that way, a multimodal marker shall be developed that shows if a patient will benefit from a therapy with ketamine.

The project will run for three years and is funded with 800.000 EUR within the NEURON-network granted by the EU and the German Federal Ministry of Education and Research.
Each of the participating university hospitals in Jena, Tübingen and Mannheim will treat patients. In addition to network coordination and data analysis, the project partners from Jena will also develop the MRI-measurement protocols and their implementation.

MRI assesses functional connectivity in the brain, and by use of magnetic resonance spectroscopy it also measures concentrations of the neurotransmitter glutamate. In parallel to the clinical trial, scientists from the Central Institute of Mental Health in Mannheim and from Strasburg University take blood samples, run MRI scans and conduct electrophysiological measurements in an animal model. Analysis of all blood samples will be done by scientists from Bioscience Centre in Turku.

Previous studies have shown the influence of ketamine on single signaling pathways and metabolic products. Alterations of these neurotransmitters and of functional connectivity in the brain have been associated with depression. The project is the first to bring together these approaches in a prospective clinical trial combined with animal studies.

“We use state-of-the-art methods of proteomics and neuroimaging in order to better understand the physiological and molecular mechanisms of ketamine in depressive patients. Based on our findings, we hope to identify those parameters that can serve as biomarkers for assessing the individual antidepressant benefit of ketamine even before we try it in a certain patient”, explains Prof. Walter.

The next step will be to confirm the predictive value of the biomarker in a subsequent confirmatory study with two patient cohorts that clearly differ with regard to the biomarker. Upon completion, the decision-making process could be implemented in clinical routine.